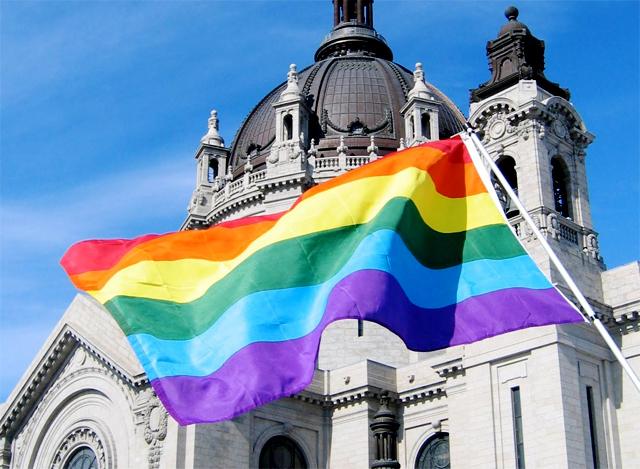 First Stone Ministries fully embraces the “Restored Hope Network Official Position” on so-called ‘Gay Christian’ and ‘Spiritual Friendship’. It is unfortunate that we are living in a day where there are so many unclear messages that obscure Biblical Orthodoxy about the healing of the sexual sinner in the Church and of the transformative grace to assure such freedom. The so-called ‘Gay Christian’ message is established by a mixture of distorted psychology and a poor representation of Biblical grace. While we support those who continue to embrace Christ’s commandment of self-denial and their willingness to remain sexually pure, yet there are many people who label themselves “celibate gay Christian” and unfortunately bring distortion. People in this group often seek primary fellowship with those who are living in varying levels of homosexuality, they may engage in sinful sexual behavior or at least embrace those who accept and promote emotional idolatry as spiritual friendship. There is a promotion of romantic relating without sex with most of these so-called "gay Christians" who embrace "spiritual friendship." Most of those who are calling themselves “celibate gay Christian” are actually not called to celibacy by God, but they communicate that they're in fact a suffering abstainer of their uncontrollable same-sex desires and lust. They tell the church they are victims. These “gay Christians” are seeking to make legitimate a condition of fallen humanity that the Lord Jesus calls us to forsake. With several decades of experience in helping people overcome homosexuality, seeing what does and does not help, First Stone Ministries and the Restored Hope Network reject these trendy ideas as unwise to say the least as they promote and give acceptance to the homosexual condition as inalterable. These trendy ideas are inviting many to fall into the bondage of uncontrollable homosexual temptations and sexual behavior. Please read the following position statement that was unanimously voted in by the membership of the Restored Hope Network on June 25, 2015. (Stephen Black).

The Restored Hope Network Official Position on the ‘Gay Christian’ and ‘Spiritual Friendships?’

Restored Hope Network (RHN) respectfully disagrees with anyone who continues to identify as both ‘homosexual’ and Christian. Identification with Christ can and must displace an identity based on disordered desires. The New Testament repeatedly calls believers to repent of old identifications and to cleave to the new, true source of one’s identity—Christ Jesus Himself (Rom. 6: 11, 12; 8:6-14; Gal. 2:20). Paul in particular reminds ‘homosexuals’ to forego their ‘gay’selves when he declares to believers: ‘such were some of you’ in light of having been ‘washed, sanctified, and justified in the name of the Lord Jesus Christ and in the Spirit of our God’ (1 Cor 6:9-11).

RHN advocates for healthy same-sex friendship as a key to transformation. However, RHN believes that claiming to repent of sinful behavior while cultivating homosexual selves and desires in exclusive homo-emotional ‘spiritual friendships’ is unscriptural and unwise. Such an approach reinforces a ‘gay’ identity and orientation, which undercut God’s purposes for our sexuality. Identification with Christ cannot be separated from these purposes. Jesus’ command to love our neighbors applies to our self-definitions and relational choices. That requires a realignment of our fallen natures to Christlikeness.

The Bible defines humanity as created in God’s image as male and female (Gen. 1:26, 27; 2:18-25). Faithfulness to God involves faithfulness to one’s gendered self and the command to live interdependently with the opposite gender (Matt. 19: 1-6; 1Cor. 11: 11, 12). Any Christian who advocates for ‘gay’ selves and friendships frustrates the prospect of growing in that gender duality; in truth, ‘gay Christians’ encourage gender dis-complementarity, which endangers God’s will for our humanity (Rom. 1: 18-25).

RHN believes that God calls all persons to gender complementarity: married, single and celibate, whatever their sexual inclinations may be. RHN upholds God’s call upon certain persons to live celibate lives, and understands celibacy as God’s call on persons He asks to serve His Kingdom without domestic burdens (1 Cor 7: 7, 35-37). We disagree with the implication of ‘gay’ Christian celibates that persons with same-sex attraction automatically receive God’s call to celibacy, much less a ‘gay’ celibate call. God calls all to gender complementarity.

Many Christians base their ‘gay’ identification upon the depth of their same-sex inclinations. Yet such identification prevents the renewing of the mind that can open one to new ways of thinking, feeling, and relating. While RHN realizes that one may experience same-sex desires to varying degrees over a lifetime, we contend that one can also discover new desires by reordering one’s thinking and acting (2 Cor. 10:3-5).

After all, we are turning toward the Author and Redeemer of our lives; His transforming love is deeper than our desires. He asks us to forego any identification or behavior that stands in the way of the transformation He desires for us. ‘Do not conform any longer to the pattern of this world, but be transformed by the renewing of your mind. Then you will be able to test and approve what God’s will is—His good, pleasing and perfect will’ (Romans 12:2).

The world and worldly Christians now view same-sex attraction as synonymous with a ‘homosexual’ orientation, which can be defined as an intrinsic, immutable part of one’s humanity that must be recognized, protected, and even celebrated. RHN disagrees. We contend that this concept of sexual orientation is a false cultural construct that is at odds with biblical truth. Sexual desire is something that we feel; it does not define who we are. God made humanity for more and can redeem us accordingly. Jesus calls the faithful to forego worldly thinking on the topic in order to realize ‘the more’ that God intends for humanity.

In light of the new creation, Paul implores Christians ‘to see no-one from a worldly point of view’ (2 Cor. 5:16). RHN refuses the worldly perspective of ‘gay’ Christians due to the new creatures we have become in Him. ‘God made Him who knew no sin to be sin for us, so that in Him we might become the righteousness of God’ (2 Cor 5: 14-21). We encourage all who turn to Jesus to identify with Him and so become righteous in the whole of their humanity.

Transformation of Persons with Same-Sex Attraction: Becoming Who We Are