Unadulterated Internet - How God is Winning My Heart Over to Him 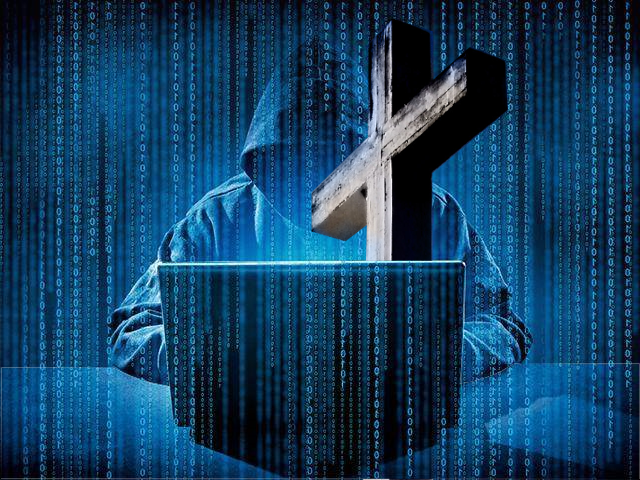 The Internet is far from pure. Just a couple of clicks and oops, you’ve seen something that defiles you, the Image of God in humanity. While a good many resources explain why pornography is such a big problem, the focus here will be how I am learning to navigate my own addiction and my own journey in submission and desire for holiness. I say I am learning because walking this out takes a lifetime of discovery and application of the Truth.

I found a sibling’s pornography stash when I was under the age of 10. Back then the medium was only in magazine form. Once that stash was removed, new sources of intake came from finding porn in a nearby dump, at my neighbor’s home and by perusing clothing sections of mail-order catalogs. That was pretty much it until the internet came into existence. As barriers to access lowered, so did my willingness to cross the line. As a believer in Jesus, I understood my addiction to be sinful but didn’t know how to quit; I had tried so many times to will myself into obedience but just couldn’t figure out how to stay away.

At this point in my life, I was just beginning to invite Jesus into my struggles. Early in my healing process, I was still looking at pornography at my computer. When I came to my senses about what I was doing, I spoke to Jesus, “I know this is doing me no good, yet I remain addicted. What do you want me to do, so I can walk in freedom?” A good question deserves a good answer. He replied, “Don’t worry about it.” That was not the good answer I was looking for! I shook my head and then said to myself, “Obviously, that wasn’t Jesus!” Immediately, I heard the same still small voice, “Don’t worry about it.”

Maybe you responded just as I did; however, as time progressed, I understood His point, and it was foundational for my continued freedom. Jesus wasn’t giving me permission to view pornography. Instead, he was telling me to turn from a me-focused healing plan, to a Him-focused one. I have had many encounters with the kindness of God where He urged me to move from being a self-critic to being a receiver of His affirmation. Knowing my tendency to wander out of relationship with him, he continues to minister to me in this way.

One such season involved Him sitting me down and telling me to literally do nothing. The context of this message came as I led youth in my church. We had a youth pastor, but I was one of a handful of twenty-somethings who helped in youth group. One night in youth group, I found myself needing to lie down on the floor to respond to God’s presence. After a little while, I thought to myself, “I need to get up and help with the service.” Just as quickly as the thought ended, I heard the Holy Spirit say, “No you don’t; Stay right here.” After a bit of mental argument, I yielded to His desire. I didn’t understand why it was so important to Him, but I just laid there, eyes closed, on the floor and perfectly aware of what was going on around me but committedly checked-out at His urging.

Each week, I found myself hearing that same call to prostrate myself before the Lord and to exit my normal serving role. There’s a story in the gospels where Mary and Martha were with Jesus. Martha, a servant like me, wanted Mary’s help. However, Jesus reminded her that Mary had chosen the better thing, to sit at his feet and hear him speak. Being gifted in service, I have always been quick to be a Martha, but at this time the Holy Spirit was calling me to be like Mary.

These invitations continued over the next few months. I learned to enter a state of mental silence before Him, waiting for Him to speak to me whether at church during singing and prayer or at home. While others sang in worship, I stood in silence waiting for God’s voice; no matter what was going on, I was learning to be still and know.

Now that I was still, knowledge of God’s joy as my strength was my second foundational lesson. One evening the Holy Spirit reminded me of the song The Joy of the Lord is my Strength. The song was passing through my head, and I stopped to ponder what had triggered my thinking of it. He asked me, “How do you get joy?” My answer came out of years of church culture rather than out of biblical truth, “It comes because of praising You with all of our hearts.” Then the direction of the question changed. He asked me to sing the song. As I got through of the Lord, He asked me whose joy it was? As I reflected on the words, a wave of revelation washed over me. I moved from works-based to response-based praise. I say response-based because from that point forward, I became aware of God’s love for me (and joy over me) resulting in a joy that is a natural by-product of being in His presence.

He allowed me to hear his kind affection for me. I began to hear Him say things like, “You know those jokes you tell people where nobody laughs? I want you to know that I made your sense of humor, and I love them!” Or He would say, “I really think you are a great person!” The affirmations continue to this day! I have learned to accept His affirmation, and a natural praise of Him springs up from my still-being-healed self-identity.

I had another very profound God encounter several years back. While reading my latest subscription to Popular Science magazine, I came across an advertisement for Ford Trucks. An attractive man standing next to the truck caught my attention. I immediately tumbled into a fascination about him. The next morning, I thought of this man and as I was looking in the mirror, about him I said to myself, “He’s attractive.” In that very moment, the Holy Spirit interjected, “That’s how I feel about you!”

Joseph, that’s how I feel about you!

I had to go look at the guy again a couple of times and process this news against what I was seeing. A few weeks later I came across Song of Songs 7:5-6 in The Message:*

The feelings I get when I see the high mountain ranges
—stirrings of desire, longings for the heights—
Remind me of you,
and I'm spoiled for anyone else!
Your beauty, within and without, is absolute,
dear lover, close companion.

Knowing, believing and receiving his opinion of me has helped me fight off condemnation and shame. It is these times of hearing how much He loves me that I become more interested in what He has to say about me. This, in turn, helps my eyes—both natural and spiritual—to turn more readily to Him than to pornography. I have learned a valuable lesson. Intimacy with the Father is a key to being released from sin and addiction.

There was; however, something more I had to learn.

As I progressed through the next few years, I wandered away from the intimacy to which I had been introduced. Therefore, I began stumbling in and out of familiar patterns of grasping for comfort I’d readily found in viewing pornography.

By this time companies were beginning to realize a need for accountability for using the Internet. Thankfully, First Stone Ministries saw the wisdom of subscribing to one such vendor. The product began as an accountability platform where reports of sites visited were emailed on a weekly basis to accountability partners. Today the service includes filtering of specific websites and the ability to limit the number of hours spent online.

Over the years, I’ve moved from accountability, to filtering, to time-limits. Left to my own devices, I’m a restless soul with a propensity to seek after what I shouldn’t even know about. My latest big move was block Google.com in its entirety. I tried in vain to block aspects of their service that were sources of temptation for me. Seeing no other way of escape, I had to pull the plug. I thought it would be more difficult, but I found I can accommodate the change with greater ease when other good-enough options are available.

As I said earlier, this is a walk of discovery. If you are inspired to follow this same path for Internet accountability, keep in mind that boundaries are discovered and implemented through trial and error. That’s been tough for me to realize. Forgetting God’s great love for me, I succumb to feeling defeated. The attack of feeling shame is a trick of our enemy who never plays fair. I must remember the foundation on which God placed me. One of quietness, rest, trust and most of all His delight in me! So it can be with you!

Some might deduce that if I’d stayed plugged into my love relationship with the Lord, that use of technology wouldn’t be needed. This cannot be further from the truth! In fact, I’ve often wondered how some people can get by without using accountability. They act as if people should be strong enough to avoid this avenue of temptation. But I know better; their ongoing confessions tell another story.

When we become aware of our sin, we are to place it at the foot of the cross, leave it there, and then constantly pursue to the death of the deeds of our flesh. It is through this active ‘putting to death’ (Romans 8:13) that we receive grace for overcoming sin. The antithesis of this is lasciviousness, meaning absence of restraint in sexual lust.

This is an area we all can grow in. Psalm 111:10 says that the “Fear of the Lord is the beginning of wisdom…” The beginning of wisdom requires the knowledge of the fear of God.  Maturing wisdom knows the holiness of God and the narrow way we are to live coupled with knowledge of the extravagant sacrifice of a Holy God. The revelation gives way to the God who is a Loving Father, making our relationship truly intimate.

One such move toward maturity involves boundaries for internet usage. There are things you can do to help yourself to stay pure while using the internet. If you are ready for healthy restraint, there are several different options to choose from. However, because the various resources change so often, I’m only going to promote what we at First Stone Ministries use—Covenant Eyes. Should you need further assistance on this topic, I will try to help as much as I am able.

* The Message, a paraphrase, was used as it is the only version providing the phrasing that caught my heart up into God’s heart for me. 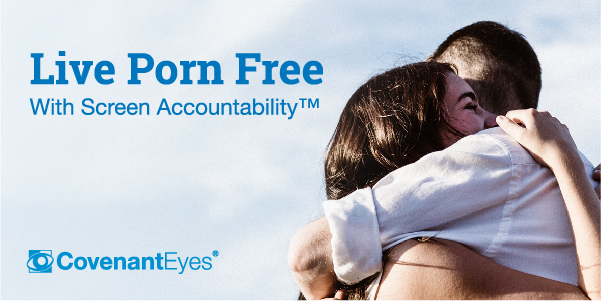 My Heart's in the Highlands

Unadulterated Internet - How God is Winning My Heart Over to Him

I am but a Sparrow

Jesus Glory and the Lifter of My Head