For the Love of a Father 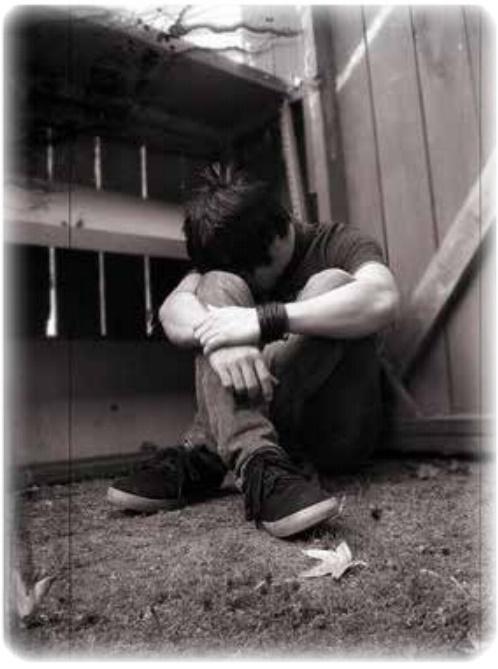 There was a boy who never knew the love a father gives,
Raised by his mom in anger for the man who left his kids.
The moment came in growing up when gates were opened wide,
And the boy, whose heart was wounded, walked into the other side.

His appetite for nurture to be given by a man
Had been left an empty vacuum as he roamed about the land.
He tried to stroke himself in closets, hidden from the light,
But it never satisfied him so he wandered into night.

Looking for the man who would make him feel complete,
He gave himself to do such things that some would never speak.
It always started out with hope that love would finally heal,
But each encounter broke him more and left him feeling ill.

Dying for affection which he wrongly sought in man
He turned for help to others thinking they would understand.
Instead they told him Sodom burned for such things he had done
“How could you hurt your family so? You’re such a sorry son!”

Angered by the social pride that turns from darker things,
The lad now swore to desecrate the palaces of kings.
He bound himself in common cause with others such as he
Who had suffered long the anguish of their public mockery.

Parades were formed and marches made to show their new defiance.
Hand in hand, in open view, they stood a bold alliance.
Supposing this would win the day and give them what they needed,
They entered into loud debate and publicly they pleaded.

“Equal rights! We are deprived! Treat us true and fair!
Your moral rules are meaningless, for them we do not care!”
The rhetoric, inflamed by fear, polarized their cause;
Civil strife erupted through the breaking of God’s Laws.

What they had hoped would give them peace instead provoked a war,
And a nation, known for tolerance, these things do now abhor.
And the boy who never knew the love and kindness of a father
Died a victim of disease; alone, with no one who would bother.

The answer to this problem lies within the heart of those
Who are filled with Christ’s compassion for the travelers on the road.
We can heal their broken bodies and restore their fallen hearts
If we’ll only stop from judging them for how they fell apart.

The little boy who never knew, and yet became a man,
Can feel the love of Christ in you if you will touch his hand.
Help him to recover from the darkness of his fall,
For the love of God gives freedom unto any who will call.

For the Love of a Father