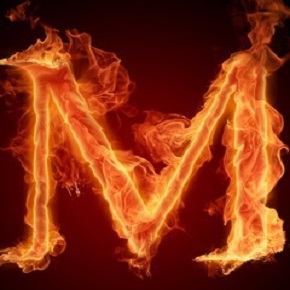 For some reason, the Church has never found it easy to talk about sex. I'll never forget the time I was talking to some colleagues at a large gathering of religious broadcasters and was asked what I was working on. "I've been writing a chapter on masturbation for my new book," I replied. You'd of thought I had exploded a stink bomb. The man who asked the question visibly blanched and stumbled backward, exclaiming, "Well, why don't you just say the word!" He then furtively looked around to see if anyone had overheard the "M" word being said in conversation with him.

For others in bondage to performance and legalism, it is a horribly embarrassing behavior, something they are certain will send them straight to hell. Satan keeps them locked in a dungeon of shame and self-hatred. "If you were normal (healthy, attractive, etc.) you wouldn't be doing this", he whispers. He causes you to believe that you are the only one who does it, or that the sexual thoughts that you have are far more perverted than anyone else's. The pain of your ongoing failure fuels further flights into self-relief. Sex addiction expert Dr. Patrick Carnes has written that masturbation often becomes so obsessive that 45% of males and 33% of females will engage in the practice to the point of physical injury. Thus, Satan's masterful game of isolation and attack buries you deeper into anger, frustration and obsession.

What Does the Bible Say?

How do we know that smoking dope is against the will of God, for example? We discover the answer by uncovering the principles found in scripture - most specifically those concerning the body being the temple of the Holy Spirit and those commanding us to obey governmental authority. We also know sin by the witness of the Holy Spirit within, provided we haven't quenched that witness through ongoing rebellion.

And if I can discipline my mind to think of no one, what of that? Attainment of such focus only serves to make obvious the desperation and obsession that drives us to such lengths. The principles found in 1 Cor 6:12; 2 Pet 2:19; and Rom 6:14 clearly emerge as foundational to our plight - that we are slaves to whatever masters us. When we get truly honest about the habit of masturbation, it is clear that it is a behavior that controls us - one that we use to medicate pain, to alleviate stress or to forget rejection. In that way, it is similar to a drug habit - just one more vehicle to avoid turning to God.

Why won't we turn to God? We may be ashamed. We may believe that He's going to judge and punish us. We may not trust Him. Or, it simply may never occur to us. We don't normally see God as being involved in the fulfillment of our sexual lives. He's a Spirit after all and we are physical creatures. And yet, He is in fact the answer to every problem. He can quench our unholy desire and He can teach us to respond to problems by working through them rather than from running from them.

It is important that I discover the root sin issues so that I can repent of them. If I am unaware of one or more of these strongholds, I will inevitably remain bound because my unrepented sin will continue to give Satan ground to hold me in bondage. Much of the transformation process involves discovering where Satan's ground is and removing it with the tools that God has provided. What then are some of the root sin issues that need to be confessed?

1. Unbelief - the doubt that God is really good. When I sin any sin, I am in that moment doubting that God is really there for me, that He cares, and therefore, that He is good. I am re-enacting the first sin committed in the Garden of Eden, when Eve became convinced that God was keeping from her something that was good.

3. Rebellion - Sometimes we simply refuse to listen to the Holy Spirit or pretend not to hear Him. The self-care of masturbation often cloaks anger and distrust of God, who never seemed to be there when we needed Him. Often in childhood, when God doesn't rescue us or change us upon demand, we judge Him in our hearts and develop a root of anger that must be removed through confession and repentance. That means we acknowledge our rebellion and make concerted choices to love Him and to believe that given the context of human free will, God operates with complete integrity and love.

4. Love of Sin - This one is often buried under mounds of rationalizations. We pretend that we need to practice the sin, we deserve to practice it, it's the least God can do to allow it considering what we've gone through, etc., etc., etc.

But the truth is, we love it more than we love God. In order to change this, we need to discover how to love God more. Greater love for God comes as a fruit of taking the time to know Him intimately. A lifestyle of worship is important. The demonic realm cannot stand that. Meditating on the Cross is also a major key. As we gain a deeper appreciation for our Lord's suffering, we become more willing to jettison the "things that have charmed us most" (as the old hymn says). When tempted, we only need ask ourselves, "Who do I love right now - the sin that is tempting me, or the One who loves me so deeply that He died on the Cross for me?" Put that way, the choice becomes far easier to make.

5. Self-deception - It is a humbling thing to realize that over the years we become masters at deceiving ourselves into believing we want freedom from something that we will not give up. Like an onion, we lay down layer upon layer of self-deception, saying the right religious words and thinking the right religious thoughts, while still refusing to forsake the desire for the sin that lingers in our hearts. We need to acknowledge before God the ongoing impurity in our motivation, the depravity in our heart, and our need for Him to give us the true heartfelt desire to be holy and pure.

6. Performance-Righteousness - Most of us, even those who know better, continually fall into this trap. Though we talk of "grace alone" and being able to do "nothing without Christ", our fallen nature continuously seduces our minds into believing that we must earn God's love and acceptance and that we must develop our own righteousness. Over and over again we try to make ourselves holy and pure rather than suffer the humiliation of the flesh and truly become dependent on God for the power to live the kingdom life that He won for us on the Cross.

The Long and Winding Road to Freedom

It would be nice if God would just zap us and make us permanently free from sin and bondage. But the process of sanctification is often arduous. Through it we learn to value the end result, depend on Him, love Him, trust Him, hate evil and give all glory, praise and honor to God and God alone.

The foundational principles by which our Lord sets us free from masturbation are no different than those for any other sin and bondage. Simply put, set your focus on Him (rather than your problem) and let His Spirit guide you the rest of the way. In moments of intimacy with Him, God will lead you through a complete shift in your priorities. He will transform your affections and belief systems. He will deepen your desire and determination to be liberated. He will expose and heal the hidden emotional and sin problems that have fed your bondage. And He will strengthen your willingness to believe and to act on His promises.

1. Learn to give yourself grace. It took you a long time to develop the problem, so in moments of failure, turn and receive the love and grace of God. He is pleased with you because of Christ's sacrifice on your behalf and because deep in your heart, you loved Him enough to commit your life to His Son. God has grace to spare. In fact, it is His grace in the midst of our failure that ultimately yields the fruit of obedience (see Titus 2:11-14).

2. Permanently set your heart and mind to turn to God at the first moment of temptation and with acknowledged weakness and dependency, cry out to Him for His power to quench the fiery darts of the enemy. Commit to being ruthless with temptation - giving it no place. Let Christ answer the door when it comes knocking!

3. Remove every influence that leads you into desiring and repeating the behavior. Ask God to show you what these are. Break the ritual patterns and remove the ritual objects as God reveals them to you.

5. Spend significant, quality time with God in praise, worship, prayer and scripture reading. Pour out your heart to Him. Develop the same intimate relational knowing of God that you would with a spouse. Ask Him to implant within your mind a healthy view of sex and the sexuality of others. Ask Him to give you a love of purity, seeking Him passionately in the beauty of His holiness (Ps 96:9). Listen to Him as He unlocks for you the unique keys to your transformation. Listen with a heart set on obeying His direction no matter what He may suggest.

6. Refuse to submit to Satan's barrage of self-condemning thoughts when you fall. There is no condemnation for those in Christ Jesus (Rom 8:1). Call any thought or feeling to the contrary the lie that it is and reject it. Repent and then run back into your Daddy's arms.

7. Learn what God really thinks of you by meditating on the Cross. Reject the lies of self-hatred, loathing and shame that are in actuality, elaborate challenges to the Cross of Christ and the promises of God.

Know that God has the will and the power to set anyone free from anything. Go for the "free indeed" promise. Seek not the maintenance program of the world, but the transformation program of the kingdom of God!

4. This behavior serves to program the mind to focus on fantasy as the source of pleasure rather than the biblical model of union with one's spouse. People come to be seen as objects rather than real people. It is an elaborate scheme of the enemy to keep us from learning how to be intimate with our spouse and our God.

8. A clutching at the genitals by infants is often a manifestation of separation anxiety, but that same behavior in childhood is often a sign of sexual abuse or some other cause for significant internal anxiety in the child. If the child uses a mirror during the act, that is a scenario that can result in homosexual confusion, as the child programs their mind to associate sexual pleasure with the sight of their own body. (In such cases, other factors that lead to homosexual neurosis are probably also present, such as molestation or failure to bond on an emotional level with the same-sex parent). Adolescent experimentation at puberty is normal and not a cause for alarm unless it becomes habitual.

Sexual Sin and Bondage: What Does It Look Like To Be Healed?

From Preacher's Kid to Prostitute to PRIEST