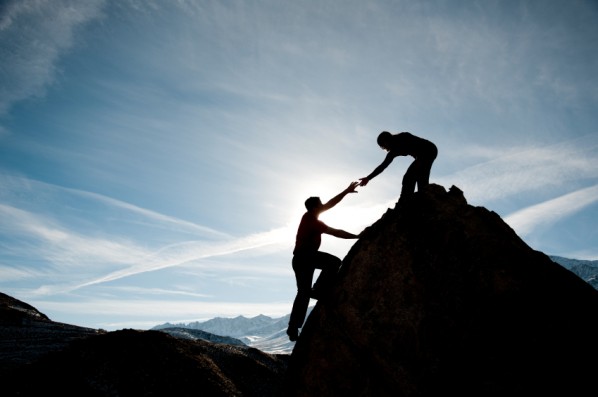 I've been wanting to say something about this for some time now, but have frankly been too chicken. Some friend is going to think I'm talking specifically about him or her, or not understanding what they've been going through, or too soon forgetting how difficult it is. Someone may take what I say and use it as an excuse for quitting the ministry. Or it may be the last straw in what has been a very lonely and difficult ministry - where they've received too much criticism and too little encouragement. By no means do I intend this to be any of those things to anyone!

But somebody's got to say it. Somebody's got to say the emperor has no clothes! I've always fancied myself as the little boy who felt compelled to point out that the emperor had no clothes even when everyone else was pretending that he did. If I had been that emperor, I would have wanted someone to care enough to tell me that I was naked! And I wouldn't have had the messenger's head chopped off either!

There are a great many people in ministry whose personal healing has not reached a stage where it is safe for them to be a model or teacher for others who are seeking help. There, I said it! This is one of the inherent dangers in para-church ministries in particular because they are usually not held accountable in any meaningful way to the Church at large. That is one of the reasons why I wanted this ministry to be more closely accountable to a church and a denomination and have moved myself under such a covering.

Of course, if the institutional church was ministering to sexually broken people in the way that it should there would be no need for para-church ministries. So I'm not condemning the existence of such ministries, just pointing to the need for a greater maturity of leadership and accountability for some of them, and some in them.

Ultimately, each of us will stand alone before God to answer for what we have done in our life. And those of us who have lived as leaders, as teachers, as role models, will be held to a higher standard. So I am as concerned with the consequences to the unhealed leader almost as much as I am to their charges.

The specific example of this that has driven me to speak out can be found in a part of the "ex-gay" movement. In networking with countless "ex-gay" ministries over the years, what most concerns me is the failure of many of the male leadership to embrace the masculine and many of the women, to embrace the feminine, and the acceptance with which that state of affairs is greeted in some leadership circles.

It would not concern me so much to see a leader still in transition in this area, as long as he or she was clearly cognizant of the mark to which God was calling him or her and progressively moving toward it. All of us are at some ongoing stage of that process.

However, what I sometimes witness behind the scenes - after the "leader" spotlight has gone out for the evening and the speakers have gathered to unwind in a more private social setting, is that some of them, (and I will speak of the males from here on, as that is where I have witnessed this most often), retreat into the old feminine persona. The public mask comes off and the campy, gossipy, lispy old identity reasserts itself.

I understand why. I really do. It is the persona that saved them from the pain of being rejected in their masculinity for so many years. It is where they found acceptance and comfort in the past, where they found identity! And so it is difficult for them to look upon that old identity as the enemy that it is. The sexual behavior removed, they now see the old persona as a harmless diversion, a place to go to for fun - to reminisce about what was good about the old ways now that "the bad" (i.e., sexual immorality) has been banished. They don't identify it as a dangerous roadblock to their complete healing.

Many "ex-gays" are still afraid of the masculine. They refuse to embrace it. They still feel incapable of succeeding in it. They still believe that they were born without the wherewithal to achieve it. Lingering within their subconscious lies the belief that in some way they were immutably born with an inability to naturally be fully masculine.

I distinctly remember this inner battle in my own growth process. I remember convincing myself that I could retain remnants of effeminacy under the guise of "being sensitive", and I remember the Holy Spirit persistently calling me to move on with Him - to finish the battle of embracing the masculine and to see myself really and truly as "male" and "good in my masculinity". I remember resisting what I feared to be a losing battle - a battle that at some place deep within me, I really did not want to win!

I remember cringing at the thought of having to fake a masculine persona-believing that in some way I was going to have to resort to artificial means to create what deep inside I was convinced wasn't there. I hated the false masculine, the posturing machismo that fed on the hearts of others and had caused me such pain.

"It's fear and unbelief", God said to me, "and you shall not live out of them anymore. You shall believe in My power to transform you into the likeness of My Son. And in doing so, you shall fulfill your destiny." And so I responded to His voice, (in the words of that song from the Vineyard), "Yes Lord, I'll ride with you. I will stand up and fight. I will ride with the armies of heaven. I'll be dressed in white."

And may I say to those of you who have yet to embrace this battle: God is calling you to pick up your cross again and to die daily to that which the enemy has wrought in you and in the world. Because the goal is not simply a pure life. The ultimate goal is total restoration, total healing, being made Christ-like in all things.

The goal is His to perform in you, but it is yours to embrace. If you are one of those who have fled or avoided this particular battle, turn in faith to face it once again. Believe that the Lord stands with you. And when you do, you will find that Almighty God is there, right beside you, with a strong arm and a passion to destroy all of the power of the enemy.

Sexual Sin and Bondage: What Does It Look Like To Be Healed?

From Preacher's Kid to Prostitute to PRIEST