When Did Idolatry Become Compatible with Christianity? Why It Matters. 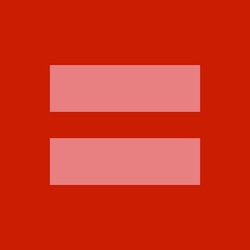 The Story: Yesterday, March 26, 2013, during oral arguments in a landmark Supreme Court case regarding same-sex marriage, Associate Justice Antonin Scalia and pro-gay marriage advocate Theodore Olson had a discussion about the Constitution that sheds light on an issue within the church.

The Background: In the oral argument yesterday for Hollingsworth v. Perry, Justice Scalia repeatedly questioned Ted Olson on when same-sex marriage became unconstitutional. From the transcript:

JUSTICE SCALIA: I'm curious, when—when did — when did it become unconstitutional to exclude homosexual couples from marriage? 1791? 1868, when the Fourteenth Amendment was adopted? Sometimes — some time after Baker, where we said it didn't even raise a substantial Federal question? When — when — when did the law become this?

JUSTICE SCALIA: It's an easy question, I think, for that one. At — at the time that the Equal Protection Clause was adopted. That's absolutely true. But don't give me a question to my question. When do you think it became unconstitutional? Has it always been unconstitutional? . . .

MR. OLSON: It was constitutional when we as a culture determined that sexual orientation is a characteristic of individuals that they cannot control, and that that

MR. OLSON: There's no specific date in time. This is an evolutionary cycle.

Why It Matters: For Christians, this is an era of historical significance—and not just because of the marriage issue. While defending the institution of marriage is an important and worthy goal, the same-sex marriage debate has uncovered a question that is similar to Justice Scalia's: When did it become acceptable for Christians to embrace and endorse homosexual behavior?

Like Mr. Olson, I would say there is no specific date in time. It was the result of an evolutionary cycle in which the church became more accepting of rampant idolatry.

At its root, the issue has more to do with idolatry than marriage, since same-sex marriage could not have advanced in America if believers had not exchanged the God of Abraham, Isaac, and Jacob for the God of faux-love, cultural acceptance, and open theism.

The idolatry of Christian same-sex marriage advocates takes two general forms. The first group still recognizes the authority of God's Word, or at least still believes in the general concept of "sin." They will freely admit that, like other types of fornication, same-gender sex is forbidden in the Bible, and even excluded by Jesus' clear and concise definition of marriage. Yet despite this understanding they still choose to embrace same-sex marriage because they have made an idol of American libertarian freedom. They have replaced Jesus' commandment—"You shall love your neighbor as yourself"—with the guiding motto of the neopagan religion of Wicca, "Do what you will, so long as it harms none."

In endorsing laws based solely on the secular liberal-libertarian conception of freedom (at least those that produce no obvious self-harm), they are doing the very opposite of what Jesus called them to do: They are hating their neighbors, including their gay and lesbian neighbors. You do not love your neighbor by encouraging them to engage in actions that invoke God's wrath (Psalm 5:4-5; Romans 1:18). As Christians we may be required totolerate ungodly behavior, but the moment we begin to endorse the same then we too have become suppressers of the truth. You cannot love your neighbor and want to see them excluded from the kingdom of Christ (Eph. 5:5).

The second group has completely rejected the authority of Scripture and embraced the idol of open theism, a god who changes his mind over time. Not surprisingly, this god seems to change his mind in ways that comport exactly with the secular morality of twenty-first century America. A prime example of this embrace of a progressive, open deity is found in a comment by former evangelical pastor Rob Bell. Bell recently said:

"What we're seeing now, in this day, is god pulling us ahead into greater and greater affirmation and acceptance of our gay brothers and sisters . . . and we're realizing that god made some of us one way and some of us another and it can be a beautiful thing."

Bell goes on to clarify that what he advocates is not an affirmation and acceptance of repentant sinners, but affirmation and acceptance of their sin. Bell has rejected the God of the Bible, a God that is the same yesterday, today, and forever (Hebrews 13:8), and embraced a false idol that tells him that what is considered sin changes based on the fickle attitudes of Americans.

Bell, like other same-sex advocates, has moved beyond the temptation and struggle we all have with idolatry and have boldly set up their idols for all to see. Yesterday, on social media sites like Facebook and Twitter, many Christians displayed the red equals sign—a symbol of gay rights and "marriage equality"—so that their friends, family, and followers would see that they stood with the forces opposed to God's Word.

For too long those of us in the church have grumbled to ourselves or remained silent about this open idolatry. We fear that if we point out too clearly or forcefully that you can't both serve God and endorse sin that they may leave our congregations. We seem more concerned with losing the volunteer for the Sunday morning nursery or the regular check in the offering plate than we do with the souls of those in open and unrepentant rebellion against God. We seem more worried about the judgment of the kids in the youth ministry than we do with the judgment of a wrathful and holy God. We are so troubled by the thought that same-sex advocates will fall away from the faith that we fail to see that they've already rejected the faith of historic, orthodox Christianity and replaced it with an idolatrous heresy—one that is as destructive and hateful as any that has come before.

What is needed is courage in speaking the truth: We cannot love our neighbor and tolerate idolatry and unrepentant rebellion against God. We cannot continue with the "go along to get along" mentality that is leading those we love to destruction. We must speak the word of God with boldness (Acts 4:31) and accept the fact that those who have fallen away may not ever return. We must choose this day whom we will serve. Will we stand with the only wise God or with the foolish idol-makers of same-sex marriage?

Joe Carter is an editor for The Gospel Coalition and the co-author of How to Argue Like Jesus: Learning Persuasion from History's Greatest Communicator.

Used with permission by Joe Carter on March 27, 2013, Gospel Coalition

When Did Idolatry Become Compatible with Christianity? Why It Matters.