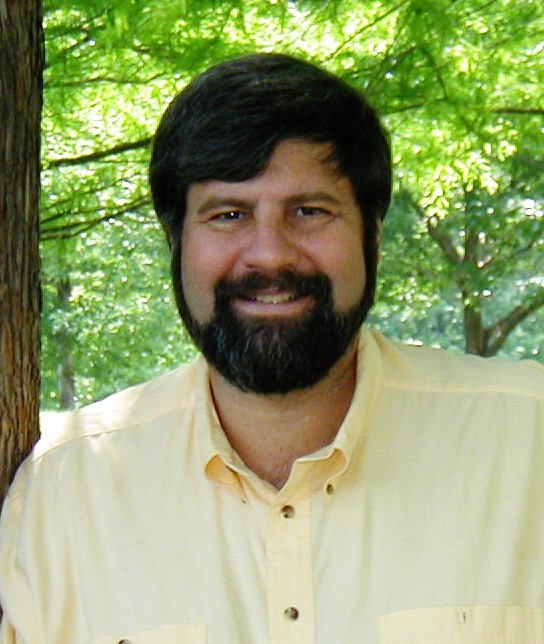 The Lord took Jeff home on April 10, 2022, at 65 years young.  He was the eldest son of Arthur and LuAnn Janes. Jeff was also raised by his step-father, Bob Hester.  At the young age of 19, Jeff became an Evangelical Quaker minister in Norman, OK.  He attended Southwestern Bible College in Oklahoma City to study Christian ministry and counseling.  His heart’s desire was to pursue the Lord all his days. Jeff was also ordained by the Pentecostal Holiness Church, and he preached at various localities; foreign and domestic. Jeff was brought up in his dad’s restaurant business, then later became a chef at the exclusive White House Restaurant in Oklahoma City.

In 1991 Jeff became director of First Stone Ministries, operating on a shoestring budget. He began counseling and teaching in the evenings and farmed and sold tomatoes at The Penn Square Mall farmer’s market.  The ministry work was hard yet rewarding. Jeff’s genuine love for people, his selfless giving, and deep mercy helped bring First Stone into a full-time pastoral-care ministry for relationally and sexually broken people. As a result, First Stone Ministries became very successful and became a thriving, full-time organization with several staff members.

Jeff desired to start a counseling ministry in Israel in 2000.  He raised enough funds to minister for 2 years in Israel before kidney disease forced him back to Oklahoma. Thankfully, on September 11, 2003, Jeff received a kidney from an amazing donor, Kive Kerr. Jeff may be one of the longest-surviving kidney transplant patients in Oklahoma. Jeff returned to First Stone part-time as Director Emeritus serving through 2005.

He was more than just a workmate; he was truly a best friend, mentor, encourager and brought unceasing joy to the entire staff and volunteers. Jeff was a pastor to hundreds of people who participated with First Stone and received one of the highest ratings of quality pastoral care—ranking at 91% in the First Stone Ministries Effectiveness survey that was published in 2018.

Jeff loved God. People and animals were his friends. A dear friend said of him, “He had a wonderfully godly spirit, and he was seriously funny, too!”

In recent months, Jeff began to struggle with several, severe health issues. He was facing some long-term treatments, and it seemed he would have a difficult struggle ahead of him. God had other plans and called Jeff home to Himself—to a heavenly place of rest and complete wholeness.

Our hearts are heavy at First Stone Ministries as we strongly love our brother Jeff and are deeply saddened and affected by his passing.  Jeff will be missed; however, we know that he loves Jesus Christ and His perfect ways and is celebrating in God’s presence along with thousands who have gone before us.

Jeff is survived by his wife of 18 years, Rejina Warner Janes; daughter, Mechelle Renee Janes; brother, Gregg Janes and family; dad, Bob Hester; and brother, Steve Hester, and family.  He was preceded in death by both of his parents.

Jeff’s wife, Rejina will need financial help transitioning from Jeff's Social Security Disability to widow's benefits. A Go Fund Me has been set up by her friends for that purpose. 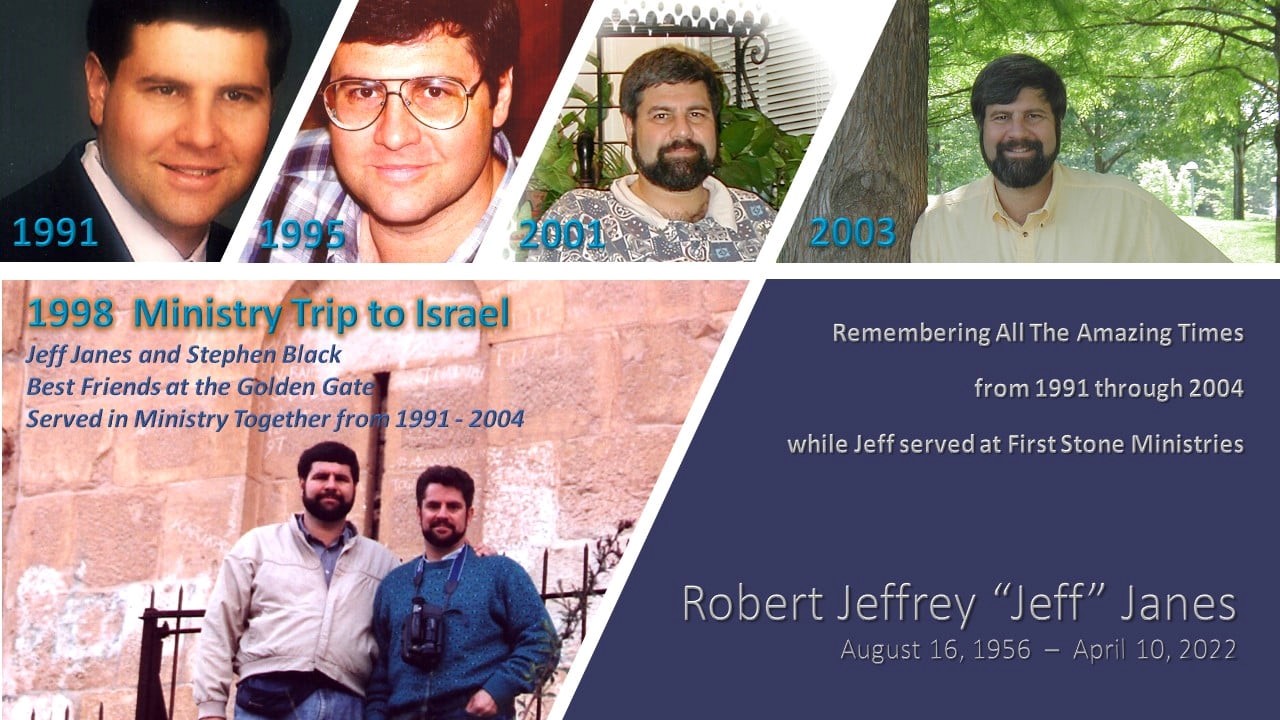 Memorial Services to be announced.