“RECONCILIATION is a must-see movie about love and forgiveness.” -The Dove Foundation

RECONCILIATION is a groundbreaking, provocative story about an estranged father and son struggling to overcome the heartbreaking consequences of their past.

Grant Taylor has been troubled by intense childhood memories ever since his wife, Sara, gave him the exciting news...”You are going to be a dad!” As fatherhood nears, Grant privately wrestles with his embarrassment and anger toward his own father. His memories come to a head when Sara receives a call informing them that Grant’s dad, Jeff, is terminally ill and his last wish is to see his son.

With Sara’s encouragement, Grant reluctantly goes to see the man he disowned at his 10th birthday party, when he found out his father was gay. At the hospice, father and son confront the past as they come face to face for the first time in 16 years. Will Grant forgive his father for abandoning their family? Will Jeff forgive Grant for the hateful words he said years ago? What will it take to reconcile?

This thought-provoking film of heartache and triumph will inspire you to love more deeply, seek forgiveness from people you have hurt, and forgive those who have hurt you.

The filmmakers are generously making a significant donation to First Stone Ministries with each DVD purchased.  For more information and to view the trailer please go to Reconciliation Movie page.

Such Were Some of You Documentary 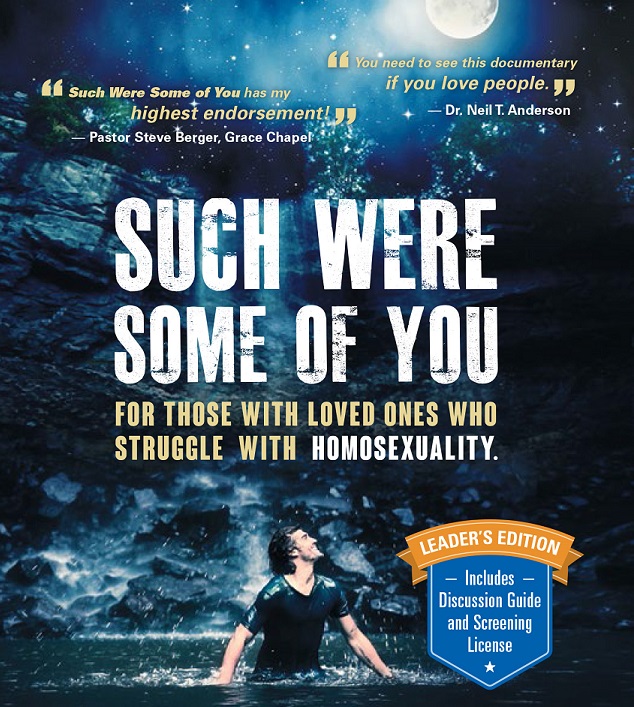 “Such Were Some of You” (A Documentary) was inspired by the passage in 1 Corinthians 6:11 that declares that in Jesus’ day there was a population who had been so transformed by their relationship with Him and by the grace He offers that they were no longer “same-sex attracted” or at the very least, actively homosexual. They had found such a profound measure of healing from the many kinds of strongholds and sins associated with what we now call homosexuality that they no longer considered themselves homosexual, nor did they act in a homosexual way. “Such Were Some of You” features interviews with a “cloud of present-day witnesses” who testify to the same life-transforming power of Jesus Christ.  See 'Such Were Some of You' page for more information.

The Freedom tee helps support First Stone Ministries while spreading the Word that there is freedom in Christ.

A $15 payment buys you a cotton brick-colored high-quality short-sleeved t-shirt.

Supplies are limited! Order yours today by calling our office. 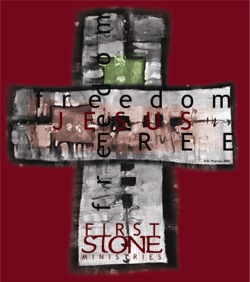