It is really exciting to see a face light up when they “Catch the Vision” of what God is accomplishing in changing peoples’ lives through this ministry. We have had a lot of communication from churches and individuals who have made us increasingly aware that many do not have a vision or an understanding of what God is actually accomplishing through this ministry. I hope to help you have an eye-opening experience in reading this article. I want to share with you some of the things that are happening and what we actually see in ministering the gospel of our Lord Jesus Christ. Let’s look at some of the incredible ‘behind the scenes’ changes our Father is accomplishing. It is an incredible rippling effect in the Church at large.

Let’s Go Behind the Scenes
“Who’s coming to First Stone anyway?” Ninety percent of the people that walk through our front door are church people. They are consistent church attendees. They are people who have ‘some kind’ of a relationship with Jesus Christ. Another remarkable thing, MANY have ministry calls on their lives. God has revealed to us that He desires to use these people in helping advance the His kingdom. Sound bizarre? It’s not when you consider the people Jesus personally called and befriended. This ministry is offering hope to people who are caught up in secret sin, and people who have deep wounds from years gone by. They are usually so ashamed they cannot talk to their pastor or elder. Most of the time, Church leaders are perceived to be men who represent the plumb line of God’s holiness. These people with their secret sins already know they don’t ‘measure up.’ They are people who are afraid and whom Satan has in bondage. They are locked up in shame, feeling worthless, with an inability to minister or to receive ministry. This is the destruction the enemy has ordered – shame-filled secret sin.

This staff has been so honored to be a part of God changing lives. We have ministered to several pastors, worship leaders, musicians, missionaries, pastor’s children, church leaders, authors, actors, lawyers, farmers, doctors, teachers, professors, scholars, moms, dads, family members, schools, churches and all walks of life, from the very wealthy to the very poor. I mentioned all these types of people because we have actually met with at least one person from each of these backgrounds, if not several. Again, ‘these people’ are in your church too. Whether it is homosexuality or heterosexual pornography addiction, we should never stereotype the person we think is coming to First Stone. Just when you think that it couldn’t possibly be someone in your church, you might be totally surprised. Since my ministry beginning in 1992, I have been amazed at the variety of the people who have come through our doors. We have ministered to people from every denominational/nondenominational church background.

You might ask, “How can these people be the very ones God is calling to advance his kingdom?” Remember the Scriptures, “God uses the foolish to confound the wise,” and “My strength is perfected in weakness?” They are people that are usually sensitive, dynamic, multi-gifted and in their healing process they have an ability to offer extraordinary ministry through music, writing, pastoral care and administration in the Church. Satan, in his wicked devices, started in the garden to shame mankind in their nakedness/sexuality and he has never stopped. He has attacked many precious ones in their childhoods. He loves to target God’s anointed by bringing them into sexual brokenness. Remember David and Solomon? They were sexually broken. Remember the people around Jesus who actually ministered to Him the most compassionately?

Behind Closed Doors
I remember one of the pastors I ministered to. What an incredible honor! A precious brother, yet, a man oppressed with such cruel tormenting thoughts – suicide, loathsome self-hatred, and pornography addiction. His denomination didn’t really teach spiritual warfare. It was a wonderful opportunity. He called me one day. He was really being tempted. I very gently introduced spiritual warfare through prayer. GOD immediately set him free from Satan’s grip over his mind. He spent the next few months learning about spiritual warfare in my office. This man is now pastoring a large congregation and in the midst of receiving ministry here at First Stone; the church doubled in size. Guess who’s now teaching about spiritual warfare and healing for the sexually broken?

While we were at the 1996 Exodus Conference in Boston, Jeff Janes met a man from Israel who wanted to start a ministry like ours. This provided an opportunity for us to travel to Israel in 1998 and present the first ‘Sexual and Relational Healing Conference’ for their leaders. Through some of the connections in Israel, Jeff has been able to minister to some very interesting people; in Heaven you will be amazed! What amazing things God has done!

I could relate countless testimonies but there is not enough space. Please know that God is doing an incredible work of grace in many who are struggling with various sexual and relational issues from a mixture of backgrounds behind our closed doors.

ONLINE
The Internet has been an astonishing tool! We have had the pleasure to minister to and actually meet people from ALL across the United States, also in Mexico, Canada, Israel, Venezuela, Australia, Malaysia and England, not to mention several other countries we have only e-mailed.

Ministering to people over the Internet has made our world a lot closer and the ministry of First Stone far reaching. 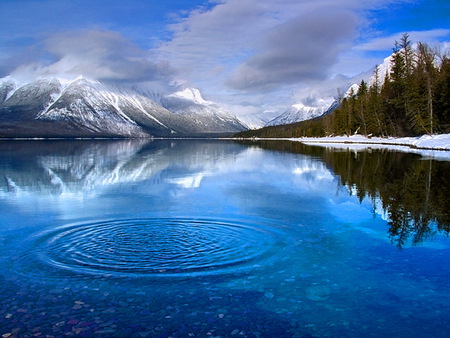 First Stone accomplishes everything it does by, and only by, God’s grace. This staff is totally dependent upon God’s wisdom and not that of men. The need to minister healing to the deepest part of person’s soul and to help them find an ability to really obey God, IS DISCIPLESHIP. Jesus did NOT tell us to go into all the world to make decisions, but He told us to go and make disciples – those who follow Him fully, especially in the private world of their lives. As ministers, we accomplish this through Biblical discipleship and through intimate involvement with God ourselves. When we live in intimacy with God the Word of God becomes ALIVE to people. It cannot be religion; religion never changes lives. We spend hours and hours with people relying totally on the Grace of the Holy Spirit to pull down strongholds, and HE does. This takes a lot of patience. The Holy Spirit is faithful and He is so patient to minister inner-healing and deliverance to the soul that is surrendered and open to HIM in accountability. I hope you are catching the incredible vision of ministry that is being accomplished. Lives are being transformed, and the rippling effects are touching thousands and thousands of people across the earth. We rejoice that this ministry is being reproduced over and over. One pebble! Just one little pebble of grace can make all the difference in the world; a beautiful ripple of God’s love secretly going forth in so many different types, shapes, and colors of people. CATCH THE VISION! To GOD be ALL the GLORY!

Stephen Black is Executive Director of First Stone Ministries. To contact Stephen, you may e-mail him at: stephen [at] firststone.org.