Earlier this year, The American Journal of Psychiatry quietly retracted their previous conclusion that gender-transition surgeries were determined to be a helpful course of treatment. “The Bränström study reanalysis demonstrated that neither ‘gender-affirming hormone treatment’ nor ‘gender-affirming surgery’ reduced the need of transgender-identifying people for mental health services.”1. While this got little to no media attention, this was actually a profound retraction. The media, and sadly much of the medical field, is shoving the transgender ideology down our children’s throats. The legislatures in many states are now even enacting laws that prevent anyone, including medical and mental health professionals, from offering any care to a gender dysphoric patient other than affirming social and medical transition. In fact, I have heard many stories of those who were rushed through the process of transition without any counseling or mental health assessment. 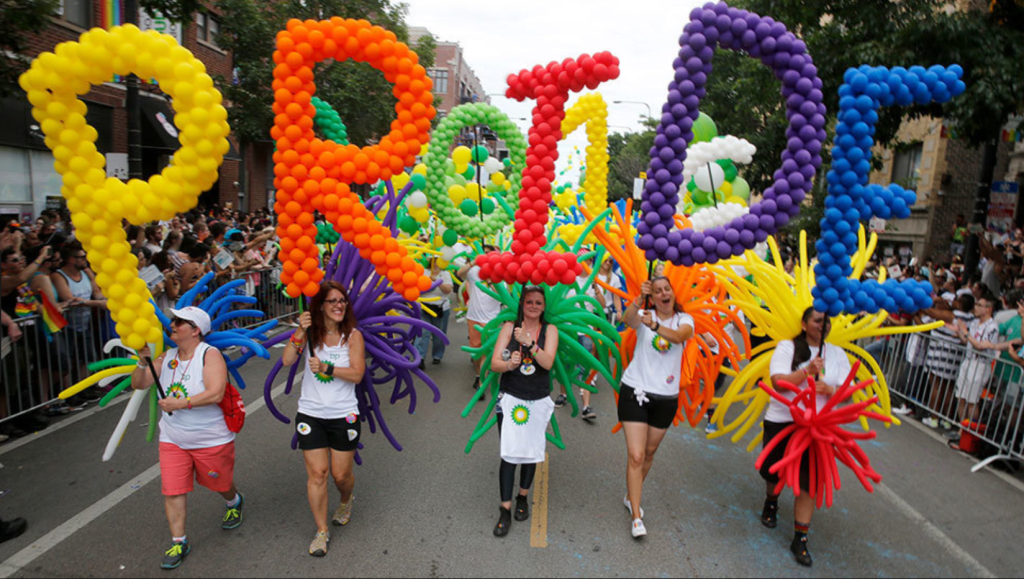 One such case is that of James Shupe, the first legally declared non-binary person. He had a known extensive mental health background after suffering years of abuse as a child and then having served in the U.S. military for seventeen years. His records showed a long history of mental health medication as well as psychotic breaks. No prior delusions had ever been played into by the doctors as if real, but rather treated as a mental problem. However, the day he announced to his doctor that he believed he was a woman, he was immediately prescribed hormones and began the treatments that day. After a couple of years of trying to make it real, he realized tragically that he was not a woman. Still not able to face his true identity, he declared himself non-binary, meaning he was not male or female. The LGBTQ community celebrated this decision, and he was ushered through the legal process on a royal red carpet with the best of the LGBTQ attorneys. A judge granted his request and declared his legal sex as non-binary.

This is what Shupe has now said about his case: “Although my landmark court case was built on lies, deceit, and pseudoscience, I didn’t care. It didn’t matter to me that the sex change petition fictitiously claimed my sex was non-binary and got two doctors to say so. It didn’t matter to me that before the brief hearing, which lasted mere minutes, my lawyer had confided that the case was essentially fixed, that the judge had a transgender child and had recently granted a sex change for a 12-year-old. None of that mattered, because winning meant getting sweet revenge against those who I’d come to believe were harming me and stopping me from engaging in my addiction—the feminists, and conservative Christians.”2 Because of this landmark case, many states have created or amended laws to allow a legal third sex or “other” or “x” or similar. Shupe is now a born-again Christian and activist against transgender legislation.

Transgender treatments are based on pseudo-science and fueled by political ideology and money rather than sound medical science or genuine scientific study. Not only is the standard “transition” care from one sex to another a complete biological fallacy3, but it has been proven both in studies and in personal testimonies that it does not resolve the issues that led to the transgender belief in the first place.

In fact, Harry Benjamin, who wrote the WPATH standards of care for gender dysphoric individuals warned those who would follow these standards that transition would not change their biological sex. He said, “find peace and clarity before you decide on something that cannot be undone… You should remind yourself once more that when you awake from the anesthesia, you are not a woman by any means.”4 This is backed up by mounting numbers of testimonies of those who have been through so-called “gender-affirming” surgeries including those chronicled in a book by Walt Heyer called “Trans Life Survivors”. The media is telling our children that transition will make men into women and vice versa, but the tragic reality is that it is only a paper-thin façade.

Dr. Paul McHugh, who helped author one of seven letters sent to the American Journal of Psychiatry in response to the original study which asserted that gender-affirming surgeries were helping the mental health of their patients, was the chief psychiatrist at John’s Hopkins in the early years of the practice of these surgeries. In 1979 he ordered the program to be shut down after seeing that the surgeries were not helping the mental health of his patients. It was only reinstated later due to pressure from transgender activists. In fact, Sy Rogers, memorialized in this newsletter on page 10, was scheduled to have his “sex-reassignment surgery” that week had Dr. McHugh not shut down the program. Thanks to McHugh’s efforts, Sy was able to later have a wife and a daughter and to live peacefully as the man he was.

On August 10, 2020, I had the privilege to fly to Sacramento, California and testify in front of the California Senate Health Committee in opposition to AB 2218 on behalf of the California Family Council. According to Greg Burt of the California Family Council, “The text of AB 2218 says, ‘The grants shall be available to a hospital, health care clinic, or other medical providers that currently provide gender-affirming health care services, such as hormone therapy or gender reassignment surgery.’ With a little research into the gender clinics [that] the bill funds, Santiago and the complaining Senators would have easily discovered that children, who identify as transgender are first given drugs to prevent puberty from occurring. Next, they are given cross-sex hormone therapy, so their bodies start to imitate the look of the opposite sex. Both these drugs used together sterilizes [sic] most kids. After these trans-drugs are given, surgeries are available: girls can get double mastectomies at 13 in California, and both sexes can receive full sex-change operations at 18, all ‘treatments’ funded by AB 2218 grants.”5

Due to transgender activists pushing for the bill to be heard, the Senate Committee scheduled the hearing with only a few days’ notice. Thankfully, my schedule allowed for the last-minute flight, and the Lord gave me the privilege of being a witness for how the transgender life is not real and will not bring true happiness or peace, but Jesus Christ does. Dr. Quentin Van Meter, a board-certified pediatric endocrinologist, also testified against AB 2218 citing studies that prove the consequences of ensuing physical and mental health issues for children who are given these hormones and warned that they were setting the state up for future lawsuits.

I expected heavy support for the bill and was not surprised when there was a smattering of calls for their side. But with jaw agape as I heard call after call after call roll in for our side, I was stunned as I felt the Lord fighting for us and for His children. These calls went on for over forty minutes when the chairman finally announced he was recognizing the number remaining on the line and that they were opposed to the bill. While they are only technically allowed to say that they oppose or support AB 2218, many of the callers said: “I oppose this bill that will sterilize children.” The senators were at least warned over and over.

However, when the Senators began to speak it was painful to keep my mouth shut as my turn was over, and I heard the enemy begin to utter his lies. In dramatic fashion, Senator Susan Rubio (D-West Covina) stated, “I got hundreds and hundreds of calls asking me not to support something that sterilizes children... So, after those calls, I decided to read the bill very, very carefully and I didn’t find anything about sterilizing children.” I was indignant. Of course the bill wouldn’t actually spell that out! I cried angrily to myself. I was outraged. But I was even more outraged as Senator after Senator parroted the same narrative, chalking up our callers to being misinformed and being victims of fearmongering. I was deflated as the bill passed 7-1.

Yet, as I reflected on it later, the Lord brought great blessing out of it. At the very least, He gave me and others the privilege of warning them. I was reminded of what God told Jeremiah, “Therefore thou shalt speak all these words unto them; but they will not hearken to thee: thou shalt also call unto them; but they will not answer thee.” (Jeremiah 7:27). We are to speak the truth even when we know they will reject it. Secondly, this bill and other similar bills are beginning to wake up a sleeping church. The wolf has been exposed and I pray that the Lord will reveal to us His battle plan that we may fight. And most of all, prior to the hearing, the Lord gave me an incredible opportunity to share the gospel and the freedom I have found in Jesus Christ with a man living as transgender. He was testifying in support of the bill. He is the mobilization coordinator for the California Gender Health Center in Sacramento. My heart soared as I realized that if the Lord would save him and set him free as well, he could have a major impact on transgenders in California. Please pray for him.

This bill and others like it will lead to the sterilization of children and many other health and psychological problems. The University of California at San Francisco states the truth plainly. “For youth whose pubertal process has been suspended in the earliest stages, followed by administration of gender-affirming hormones, development of mature sperm or eggs is unlikely at the present time…”6.

This information, however, is being suppressed. This should be common sense that blocking puberty, a process in which reproductive systems fully develop, would potentially leave a child sterile. But a simple search on Google brought up article after article claiming that they are safe and that the effects are reversible. In addition to sterility, sexual function and organ development are severely suppressed to the point that normal sexual function may never be possible. Furthermore, other healthy biological, physiological, and anatomical development processes such as brain development and bone growth will be severely hindered.

As one mother stated on a transgender social media forum—this is a mother describing her biological boy she now calls her daughter, “Now she is 20... The puberty blockers have left her with a micro penis. She has to get part of her vagina made with her colon. One of her friends had that surgery, and even years later it smells fairly colon-like. Obviously my daughter is now distraught. She is in counseling, but is becoming worse and worse in her mental state and I am frantic. On top of this, she has never had any sexual function. No urges, no erections, even when she tried masturbation to see if she could stimulate herself... nothing. The doctors say this may not even change after the surgery. Her dating life is dismal as well. We knew it would be hard. But its impossible. The one man who was with her for a while, soon just became frustrated by her lack of sexual anything and broke it off.”7

Keep praying that the Lord will avenge us and save our children. Pray that He will bring the lies of the activists into the light. Pray that many who regret puberty blocking and transition will come forward and that their stories will be heard. Keep telling the truth and sharing stories of those who have been rescued. The light shines brightest when the night is the darkest.