The Untold Story of Irony

Washington’s political gay elitists with the Victory Fund edited Oklahoma State Representative Sally Kern’s comments from a closed door meeting given in a January speech of this year. They edited down the comments to what they considered the most inflammatory sound bites. Their cunning plan was to upload the edited comments to YouTube in hopes of enraging gay people and their supporters. This plan, they thought, would further the “Victory Fund” gay political cause and bring in funds for their political machine. Over and over they emphasize that Rep. Kern’s speech demonstrated hatred towards gays. What they failed to mention – or include in the sound bites – is the truth, that Rep. Sally Kern said we must love the homosexual. Her message was not about bashing gays. The main stream liberal media outlets who seem to be unconcerned about what was been left out, and unmotivated to seek the whole story, responded predictably. They thrive on bad news and smear tactics of conservatives, so they picked up the story immediately and replayed the inflammatory comments. The story was worldwide overnight! Sally Kern was labeled hateful, bigoted, anti-gay, an evil homophobe and so many other names that are so vile, I cannot repeat.

In her remarks during the January speech, Rep. Kern mentioned the parallel of the gay political movement in the United States – not individual gays. She said the agenda of the gay political movement is, in her opinion, as dangerous as terrorism. While I personally would not have used this parallel, the irony of this story is impossible to ignore. That irony is demonstrated very visibly in the hate emails numbering over 26,000, death threats, and the mean-spirited and orchestrated campaign calling for her resignation. These very tactics are akin to terroristic tactics, therefore point directly back to Sally’s original parallel. Truly this is ironic! This political tactic, directed to silence Rep. Kern, bully her and other conservatives and manipulate the unsuspecting public almost worked. However, what they did not realize was Sally Kern’s courage and steadfastness. 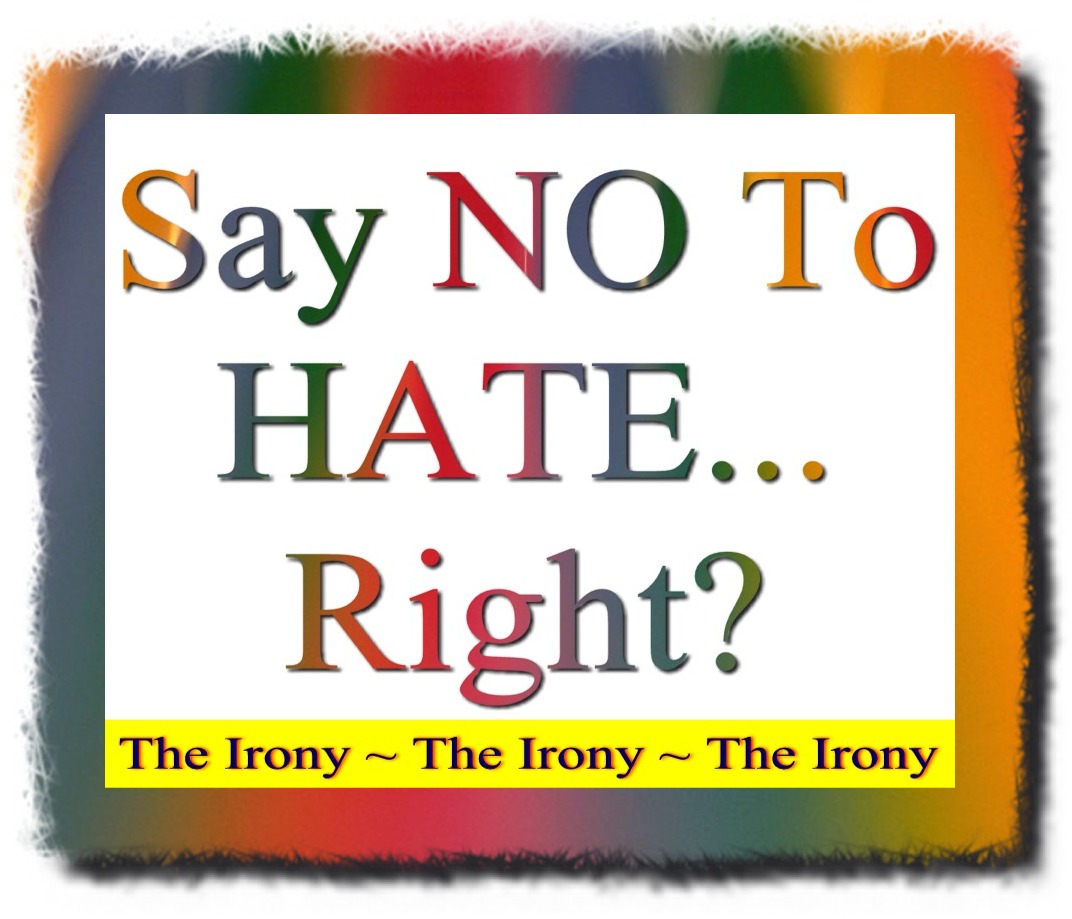 The demographics suggests that the 26,000 emails are a very small representation of how the gay and sympathizing population feels about Rep. Kern. No doubt there are politicians afraid of this very loud well-funded fringe group. Death threats and demands for Sally Kern to resign from office were meant to be a warning to other politicians. “We are listening!” They threaten. Hundreds of YouTube videos were uploaded with incredibly hateful words from those who piously declare, “SAY NO TO HATE.” Their usual demand for everyone, everywhere to have “tolerance” was diluted by their very own actions, which are incredibly hateful and intolerant. Truly this is hypocritical, and very misleading.

The irony of this untold story is indeed very interesting. But is anyone in the media elite willing to talk about it? Perhaps they fear the wrath of the gay community. Late-night comedian Jay Leno suffered just last week when he poked fun at a soap-opera actor who played a gay character. The irony is almost laughable if it were not so alarming to those who love Judeo-Christian values and the traditional family.

Well over 1500 people rallied at the Oklahoma State Capitol to support Sally Kern. They realized that freedom of speech is under fire. Contrast this with the well-organized homosexual political activists who diligently push their manifesto. These activists want the USA to be like our Canadian neighbors. They desire control over free speech, using their banner of tolerance while at the same time labeling Judeo-Christian beliefs hate speech. They wish to silence Christian values by enacting hate speech laws that would make it a violation to state a belief that homosexuality is sin. There seems to be no end to their tactics to redefine American traditional values. Many, like Sally, are standing up now and saying, “enough is enough!” However, will we continue to stand up and lovingly sow truth?

The Untold Story of Ministry and Concern

Does it make sense to you to label someone who actually helps people who struggle with homosexuality as hateful, bigoted, anti-gay and an evil homophobe? The untold part of this story – which I delight to tell you now – is that behind the scenes, Rep. Sally Kern and her husband, Dr. Stephen Kern have supported First Stone Ministries for many years. Dr. Stephen Kern is the senior pastor at Olivet Baptist Church, which actually hosts some of First Stone Ministries’ support groups. The Kern’s have a special place in their hearts for our ministry to those who struggle with same-sex attractions and homosexuality. For several years before all this controversy erupted, they had put action to their love for those who are struggling and for their families. The next part of this untold story is from a current staff member with First Stone Ministries.

The Untold Story of Love and Devotion to Those Who Struggle

It has been an honor to be a friend of the Kern family for several years. I am Chris M, former development coordinator with First Stone Ministries. I want you to know that the Kerns played a healing role in my life. Ten years ago I was battling with how I was to live my life. I would either continuing to seek the Lord in my weakness or just give up and live as a gay man. While in college in a neighboring city, I would drive to Oklahoma City and spend weekends in the Kern’s home; Sally Kern would also take me to the airport so I could fly home for holidays and leave my vehicle in their care. 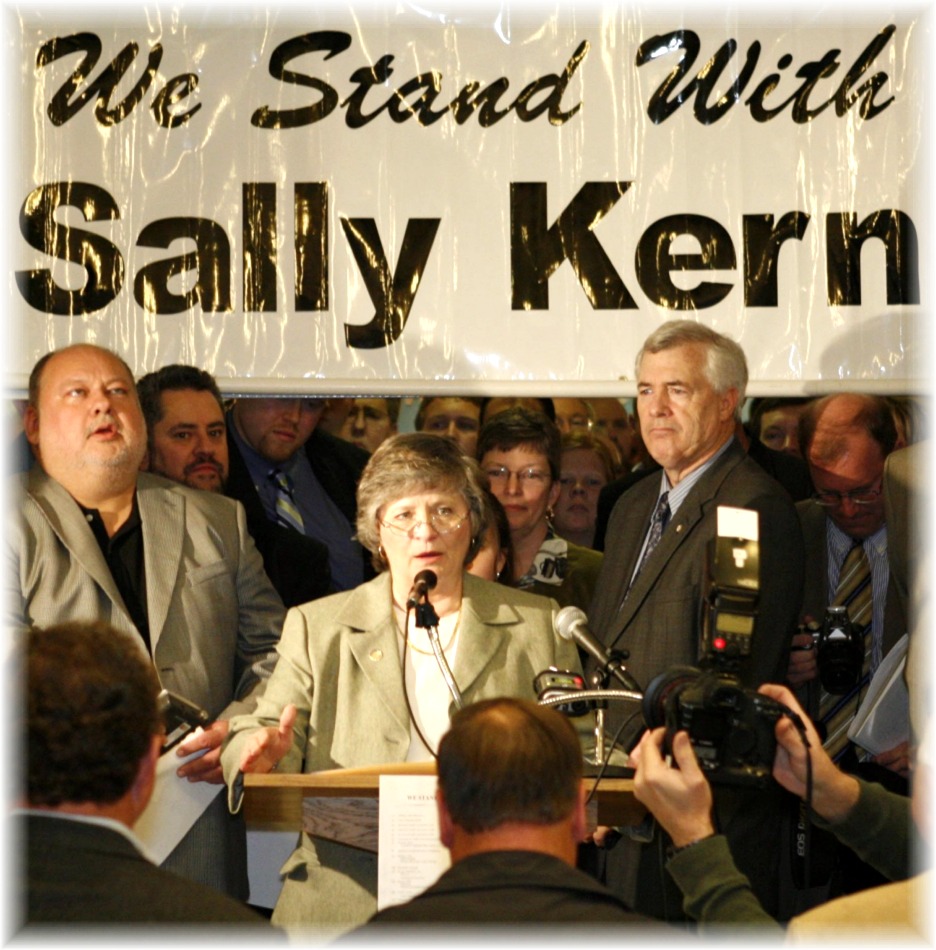 Though I attended a Baptist university, I still carried my brokenness on my sleeve, as I struggled intensely with homosexual feelings. I will never forget the seed that was sown on Thanksgiving weekend in 1997. Sally Kern was taking me to the airport and she gently broached the subject of my homosexual struggle with me. I was surprised and scared of what she was going to say, because I hadn’t told many people about my struggle. It was rare for someone to bring up my struggle before I had ever disclosed it. Her tenderness was overwhelming; she lovingly ministered to me that day. She mercifully let me know that she and her family were praying for me, and that they loved me. That day is precious to me as I felt so loved and accepted. I am grateful to the Lord that Sally had enough courage to plant the seeds of God’s forgiveness, hope and healing.

In 2004 I had the privilege of supporting Sally Kern as she ran for State Representative. I attended her watch party on Election Day and remembered her saying she knew that God was calling her to run for State Representative, but didn’t know all the reasons. That statement resounded in my head as I stood and watch Sally Kern at the Freedom of Speech Rally – “Rally for Sally” on April 2, 2008. I remembered the words from the Bible, “For such a time as this.” Sally Kern, is a representative “for such a time as this.” I am grateful to Sally Kern for her humble stance, as well as her boldness to call the nation to repentance, and to call for Christians to stand for traditional values in our land. I am a man who was nearly enslaved by the lie of being born gay, yet Jesus saved me from that deceived existence. The Kern family played an integral role in my healing from homosexuality, for which I am eternally grateful.

This is the untold story behind the precious Kern family that you will most-likely never hear as a main story in the liberal media.

We should not be so quick to judge everything we hear in the media as the truth. I was wisely taught by my Irish mother to consider your sources thoroughly, make sure you have both sides of the story, and get all the facts before coming to a conclusion. Unfortunately many people did not with Sally Kern’s story. The propaganda machine of gay elitists fed only a part of the story to the liberal media in a deliberate attempt to stir controversy.

I am grateful that we are having this national dialog. I hope, as a result, more people will really take a look at what is happening morally to this country. A well-funded political gay movement with its warped ideology could completely change our country in just a few short years. Christians need to be informed and active. We need to stop being so apathetic. We cannot be afraid of angry loud voices. If we, as Christians fail to be salt and light, then the darkness will overcome the USA. It could become very dark in just a few short years. We must lovingly and compassionately proclaim the Gospel truth of Jesus Christ and pray for a God-breathed revival in the United States of America.

The Word of God Comes to Save Us

Concerning Our Transition from Exodus International to Restored Hope Network

Pastors Can Help More Than They Think

I Heard It, I Believed It, But it Was NOT the Truth!

The Gospel According To Jesus Christ and the "Gay Christian?"

Why Many Go Back: Giving Some Answers Why Defectors Embrace Homosexuality

Finding the Will of God

Humility: A Prerequisite to Grace

Directed by Difficulties, Transformed by Trouble

Ten Things That the Tormented In Hell Regret

He Sent His Word to Heal Us