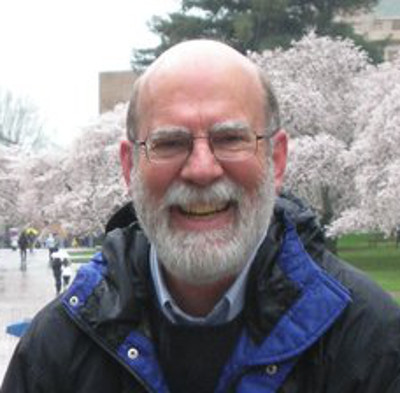 I had spent years in church, graduated from Bible school, and served in short-term missions. But a hidden battle was raging inside that threatened to destroy me.

The attic room was hot and stuffy, but the pounding of my heart wasn't due to the temperature. I was reading a small paperback for teens on the "facts of life," and the contents of chapter 10 filled my 14-year-old mind with dread.

"Do you have attractions to members of your own sex?" the book asked, then described the symptoms of something called "homosexuality."

All these symptoms apply to me, I thought. I must be homosexual. Horrified, I immediately made two decisions: I would never tell anyone about my discovery. And I would pray-desperately-that somehow I could "outgrow" these feelings. Prayer, daily Bible reading and weekly Sunday School attendance were ingrained habits. So how could I have this problem?

Rather than seeking help, I hid my fears, withdrew from everyone, and eventually quit going to church. Why bother, when God seemed irrelevant to my deepest needs?

In my late teens, while a freshman at the University of British Columbia in Vancouver, I checked out books on homosexuality, and learned of the large gay subculture in many North American cities. Curious, I began visiting adult bookstores and reading homosexual magazines to feed my illicit desires. Only guilt and fear kept me from pursuing sexual relationships with other men.

That summer, I visited my older sister in Fort St. James, B.C., and soon was employed in the local lumber mill. When she invited me to her small church, I readily agreed. After all, it was a good way to make friends. The people were genuinely warm and soon I was playing piano for services. By the time I returned the next summer, the dying embers of my faith were burning brightly again.

Then a quartet from Prairie Bible College in Three Hills, Alberta, visited the church, and I learned about the school's Bible-centered curriculum and strong music pro-gram. I applied to the college and was accepted.

Arriving on campus in September 1971, I plunged into a full schedule of classes-and found them fascinating. For the next three years, I enjoyed a constant diet of God's Word, both in the classroom and in my private study.

God began a deep work in my life. For example, I arrived on campus as a withdrawn introvert. For my required part-time student work, I was assigned to the men's dorm as postman. Every afternoon, I sorted mail, then greeted each man as he came by my first-floor office to pick up his mail. Within weeks, I knew the full name, dorm room and roommate of every male student on campus. God gave me "instant" relationships with hundreds of men. It was deeply affirming to feel their love and acceptance. But I never told them about my on-going war with homosexual temptations.

Two years after graduation, I attended a Youth With A Mission training school in Germany. After the six-month program, one morning as I was praying about my future, I "saw" myself back home, handing out tracts in front of Vancouver's largest gay bar. My heart sank. "No way," I moaned inwardly. "I'll do anything-except that!"

Then, in September 1978, I heard a testimony that changed my life. A speaker at church shared his story of years of overseas ministry and many people won to Christ.

"God," my heart whispered, "I want my life to count for You-just like that man's." Then came God's challenge: "Are you willing to pay the price?" I knew God wanted me to fully surrender my confused sexual identity to Him. Despite years of church attendance, a Bible college diploma, and overseas missions experience, I still struggled with wrong same-sex desires. And they were getting worse.

For the next 24 hours I hardly ate or slept, wrestling with the Lord like Jacob (see Gen. 32). Finally, too exhausted to fight anymore, I surrendered. "God, you win. Do whatever you want with my life."

I had read about an "ex-gay" ministry called Love In Action (LIA) located near San Francisco and wrote their office, asking if I could visit. Then I told my family and close friends of my battle. "I feel God is calling me to California to get help," I explained. Although they were shocked, they were also supportive.

Arriving at Love In Action in June 1979, I planned to stay for the summer, then return home to resume "normal" life. Soon, I was volunteering in the office, helping the staff keep up with hundreds of inquiries for help.

That summer I made some startling discoveries. I realized that, because of my own sexual struggles, I could give meaningful support to fellow Christians facing similar battles. And because I had never fallen into homosexual behavior, I could offer valuable insights on perseverance and spiritual warfare.

My initial summer's commitment grew to six months, then one year. Before long, I realized that my life had taken a permanent turn. I began editing the ministry's monthly newsletter, writing new literature, and speaking at local seminars.

God continued to work in my own life. Much to my surprise, I discovered that homosexuality was not my "real" problem. The illicit same-sex desires were only an outward symptom of deeper emotional wounds that needed healing. Through LIA's support group, I was able to openly confess such struggles as insecurity, fear, and envy of other men. Because I had never "acted out" my homosexual feelings with other men, there were some struggles to resist the allure of the unknown. I heard many stories of other people's involvement in sin. Quite frankly, some of their illicit adventures sounded like fun. I had to resist thoughts like, "You got tired of so much impersonal sex? I wish I could say the same thing. Then I'd be ready to give it up!" God also opened my eyes to see the tremendous devastation that sin had brought into these men's lives. Unknown to all of us, some of them were already infected with the HIV virus.

I also found it difficult to be honest with others. I'd lived most of my life behind a smiling facade. Would people love and accept the "real" me? It took me almost a year to confess my on-going struggles with pornography. But as I brought such issues "into the light," I discovered that they began to lose their power. And I found that James 5:16 was true. As members of our group confessed our sins to one another and prayed for each other, we experienced more of God's healing. I gained a new level of victory through being accountable to others.

The unconditional love of my church was also crucial to my growth- especially support from "straight" men. Because of my position on staff with Love In Action, everyone knew of my past. But the men at Church of the Open Door weren't afraid to show their acceptance by a smile or warm hug. All my life I had felt so inferior to other men. But through same sex affirmation, I slowly began to feel more like "one of the guys." Another root which fed my homo-sexual desires was being cut.

After five years at Love In Action, I began growing restless, sensing that God had something more for me. But what? My attitude toward marriage had been slowly changing. When I first came to LIA, marriage seemed as unlikely as climbing Mount Everest. I had too many fears of the unknown and deep feelings of inadequacy. But, several years later, I finally admitted the truth to myself: I really did want to be married- some day.

On October 11, 1984, I awoke with a start. The bed-side alarm clock read 3:07 a.m. Then came a dream-like vision. In my mind, I "saw" myself floating down a river. Right ahead, the river divided in two different directions. Then the following Scripture came strongly to mind: "Delight yourself in the Lord, and He will give you the desires of your heart" (Psalm 37:4).

I sensed that God was speaking to me, that He was bringing me to an important cross-point in my life. The fork in the river was symbolic. Ahead of me were two options: marriage, or continued singleness. Which branch of the river did I want?

Then I thought of Pam, a woman who had joined our church's music team. I saw her every week at practices. We were casual friends, but now I sensed that God had "something more" for our relationship.

During the next week, I sought counsel from my pastor and Frank Worthen, the director of Love In Action. I knew that feelings and "visions"-especially in the area of romance-could be deceptive. I didn't want to stray from God's will in such an important area of my life. Both Frank and my pastor encouraged me to take one step for-ward into the relationship, and see what happened. Finally, with sweating palms, I sat down with Pam. "I think God wants us to start a relationship," I told her, expecting her to be shocked. Instead, she smiled and almost looked relieved. She had also sensed the Lord leading us together. In fact, she'd been praying that God would "hit me over the head" to get my attention on the matter!

The next week, while Pam was on vacation, she sent me a card with this hand-written verse: "O Lord...you have worked wonders, plans formed long ago, with perfect faithfulness" (Isaiah 25:1). When we talked later, we made an amazing discovery. Pam had been praying for her husband-to-be since September 1978-the very month I had yielded my homosexual struggles to the Lord.

We got engaged that Thanksgiving, and were married the following August. During those months, all my lingering fears about marriage vanished like a morning fog. I honestly never doubted for a moment that God was leading us together.

Since our wedding, God has continually used my wife to bring further healing and affirmation into my life. Our marriage is very special; I can never take it for granted.

Yes, even in marriage, my healing continues. For example, I'm continually learning to mature in my role as husband and leader of our home. Like many men who have dealt with homosexuality, I struggle at times with passivity. I still hate confrontation, so God gives me plenty of opportunities to grow in that area (whether that means telling a macho neighbor in an upstairs apartment to turn down his blaring TV at 11:00 p.m., or telling my wife what I really think about her ideas for our vacation).

So, whether it's facing the roots of my homosexuality or some other challenge in my spiritual walk, I know that my growth will continue for a lifetime. There will be many more battles to face in the years ahead. But that's fine with me. I know I can't do it on my own, so I'm looking to Jesus Christ for strength. Through His death for me, the war has already been won. *

What Does the Bible Say?

Are You Still in the Desert?

Homosexuals and the Church