“Beth,” my friend confided, “when I pray about your husband, two words keep getting impressed on my heart. One is suicide, and the other is homosexuality.” 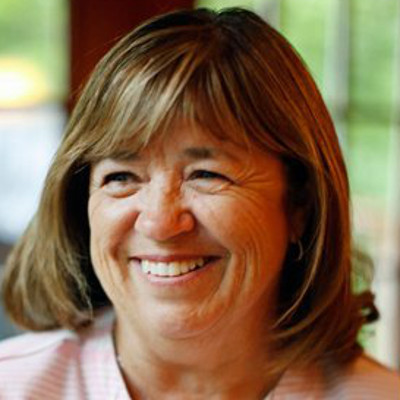 It was on a Rhode Island beach in June of 1985 that I finally admitted to myself that my husband, Mike, and I had a serious problem. My feelings were in turmoil as I wandered alone down the sand looking for sea shells. I watched the silvery waves wash starfish onto the beach, as the spiny creatures were ripped from their rocky perches. Like those starfish, my world had been solid and secure, but now I was being pulled by forces beyond my control. My life was out of control in a way I didn't understand. I felt vulnerable and scared. God, I know my marriage is in trouble, I thought. I can't ignore it any longer but what should I do?

Occasionally, I looked back at Mike, sitting in a chair on the beach, staring sullenly at the waves. What is wrong with him, anyway? I sighed, thinking of my numerous half-hearted attempts to discover the reason behind my husband's drastic change in behavior. Mike had been generous, fun-loving, always making jokes. Now he was a brooding, unpredictable stranger. The changes frightened and threatened me. Later, I stood near Mike's chair with our friends, Julie and Jack, who had invited our family to visit them and take a special trip to the beach. I noticed Julie looking at Mike in a questioning way, but we all tried to carry on as normal. Then, all too soon, the day ended and we made preparations to drive back to our friends' home in nearby Massachusetts. The men and boys traveled in one car; I went in another car with Julie and her daughter.

On the drive home, Julie probed my fearful heart. My emotions came tumbling out in a crazy fashion I was so confused by this strange direction my life was taking. Julie listened for a long time, then finally spoke. “I think I know what is wrong with Mike.” “Don't tell me,” I wanted to scream, “I don't want to know!” But another part of me wanted to identify the problem, whatever it was. Julie spoke with difficulty. “When I pray about Mike, two words keep getting impressed on my heart.” She glanced over at me. “One is suicide, and the other is homosexuality.” I knew she was right, and suddenly I wanted to run away from her, from Mike, from everything. How I longed to escape from the searing pain that tore through my heart!

I was in tears as we talked the remainder of the trip back to Julie's home. I knew that, as Mike's wife, I was too emotionally wounded to confront him. Finally, Julie agreed to speak with Mike. But during the remaining days of our visit, no opportunity presented itself for Julie and Mike to talk alone. At the airport, she hugged me and whispered that she would be praying for us. With a heavy, bewildered heart, I flew back to Kansas beside a man I no longer understood.

Mike and I had first met at a small Bible school in Kansas. At the time, I'd just left another unpleasant relationship, and wasn't interested in any man. But when Mike asked me for dinner, for some reason I said yes. He was very kind and I liked him. Three-and-a-half months later, we were engaged. We married on June 12, 1975. How have things changed so much since then? I wondered. Back home in Kansas, life went on. Depression, sadness and fear were my constant companions. Then the spiritual warfare grew even more intense. In the kitchen one evening, I felt something like a black cloud suddenly descend over my head. Tears sprang to my eyes as a heavy presence seemed to settle on my back. Not wanting the children to see me, I groped my way to the bathroom, fell to the floor, and began weeping. “Oh God, oh God!” I moaned repeatedly. The black presence was so strong that I wondered if I would ever get up again I thought I might die. Finally, I lay down upon the floor, totally exhausted. The dark presence lifted and then was gone. Although I feared its return, the blackness never did come back. I don't completely understand what happened on that bathroom floor. But I know that spiritual warfare was fought and great spiritual strides were taken toward freeing both Mike and myself from the enemy's grip. A few days later, Julie called on a Sunday morning. “Beth, the Holy Spirit won't leave me alone. I have to confront Mike. Are you ready?” “Yes,” I replied, “it couldn't be any worse.” We agreed to pray the rest of the day and then Julie would call back. That evening, she spoke to Mike on the phone. “I think I know what is troubling you.” “Oh, really?” “Yes.” Julie reminded Mike of her love, then said the two words which were by this time imbedded in my heart like poisoned arrows. “You are struggling with homosexuality...and suicide.” Mike began crying. After their conversation, I entered the room and looked at Mike. “Don't you think it's time you told me?” Those were difficult words. Part of me still wanted to pretend that nothing was wrong. Mike looked up from our bed. “I'm gay,” he said calmly. Those two words ripped through me like bullets. A few minutes later, the doorbell rang. Two women one of them an old friend needed a place to spend the night. I quickly “put on my happy face,” acting as if nothing was wrong as we prepared a room for them. Somehow, through a blur of frozen emotions, we made it through the night.

The next morning after Mike left for work, I suddenly realized that I was scheduled to speak at a meeting several hours away. I felt like an open wound, but resolved to carry through on my commitment. I don't remember much of the trip. I cried as I drove, wondering what I could possibly say to a room full of women. Maybe, I thought, the emotional agony will overpower me and I'll just die. I wondered whether Mike would still be there when I returned home. I grieved over my children as I pondered what all of this would do to them. And then, somehow, I was standing before the group, silently pleading with God to send the Holy Spirit to take over completely. My notes were a blur as I opened my mouth. “God is faithful, reliable, trustworthy, ever true to His promises. We can depend on Him.” As I spoke, a powerful anointing fell upon me. My deep pain temporarily vanished as the Holy Spirit pled with people to be cleansed. “My people shall not be ashamed,” God said to us all through my lips. “Give up your secret sins. I love you.” His message was a healing balm. I knew that God was calling me to extend His love to Mike. “Don't desert him,” the Lord whispered in my heart. “My grace is sufficient for you.” The trip back home to Wichita was both wonderful and awful. It was wonderful because Jesus was my close companion, assuring me that He would take care of Mike. But it was awful because I knew there was a long, hard struggle ahead of us. I wondered how I would survive.

Back in Wichita, I immediately phoned Mike at work and asked him to go out to dinner. That evening at our favorite restaurant, I asked him the question that had been on my mind all day: “Mike, what direction do you want to go?” His deep brown eyes were sad. “I want my marriage, my family. I don't want homosexuality, but I can't make it on my own. I need a miracle from God.” I remembered what the Lord had shown me earlier in the day, and told Mike that I would never reject him. “I'm ready to stand with you. I'll support you in every way possible.” We were like children groping in the dark. We had no earthly resources; we only knew to hang on to Jesus. I had never heard of anyone being delivered from homosexuality. It seemed a forbidden topic in our Christian circles.

A few weeks later, Mike resigned at work and took a different job 150 miles away in Oklahoma City. He had been deeply attracted to another man at work, and was eager to move away from Wichita. We put our house up for sale, and I expected to join him as soon as possible. Little did we know the plans God had for us. Mike lived in Oklahoma City for the next one-and-a-half years, while the children and I lived in Wichita. We saw each other only on weekends. In Oklahoma City, Mike found First Stone Ministries, a Christian ministry dedicated to helping homosexuals find freedom. He attended regularly and earnestly began seeking God's healing. In the coming months, his growth was phenomenal. He had been depressed and hopeless, but became happy and full of hope. He regained a genuine desire to read his Bible and attend church, rather that simply “going through the motions” of being a Christian.

When Mike eventually returned to Wichita, God sent him back a changed man, with a dream in his heart to establish a similar ministry to help others. But there was a problem.. Unfortunately, Mike returned to a weary, resentful wife. The enemy had been hacking away at me, and I was too emotionally exhausted to support Mike's new ministry. Rather than celebrating his return, I felt angry and repulsed by his vision to help other homosexuals. Desperately I turned to Jesus, my faithful friend, for cleansing, for strength, for a desire to understand and love Mike. The Faithful One proved Himself steadfast once again as He began healing my heart. It was difficult to face the truth: I was not the loving wife I should be. And I had no love or tolerance for needy homosexuals. Daily, I persevered in turning to Jesus for healing and restoration. That was over four years ago and the healing process continues in my life. God has brought me further that I ever believed possible. Recently I spoke to Mike's ministry group. As I looked at the faces of those precious men, I saw friends whom I now dearly love. Yes, God is doing a miracle in my wounded heart a heart full of stony places that had no room for hurting homosexuals.

Respect for my husband has returned. God had also given me a willingness to help Mike in his ministry, as well as the desire to see my life continually healed and changed. I know with complete confidence that my Heavenly Father will finish the work that he has begun in me. I've seen him restore my husband and my marriage. There is nothing too hard for Him!

Beth Babb co-directs Freedom At Last with her husband Mike Babb in Wichita, Kansas. Beth and her husband, Mike, have three children.