The faces that come to the First Stone office are nothing more than the fading faces of children who have been hurt...but now the face we see is the grown up one, but the hurt is still there. Matthew 18:10 says “See that you do not look down on one of these little ones. For I tell you that their angels in heaven always see the face of my Father in heaven.” In this chapter Jesus went to great lengths to show us how important His children are to the Father, in verse 6 he says, “But if anyone causes one of these little ones who believe in me to sin, it would be better for him to have a large millstone hung around his neck and to be drowned in the depths of the sea.”

This is the ministry of First Stone, to minister to God’s children. To help them mature into the godly men and women Jesus has always envisioned them to be. In his first year of ministry, Stephen Black became disillusioned by the many church members and leaders in bondage to sexual brokenness. It was during this time that the Father revealed His heart that this was, in fact, a ministry to His children, just grown. Therefore, First Stone walks along side these children in the process of healing and redemption; to hurt with them as the Lord heals their wounded hearts. Thank God for these little ones! Here are some of their stories... 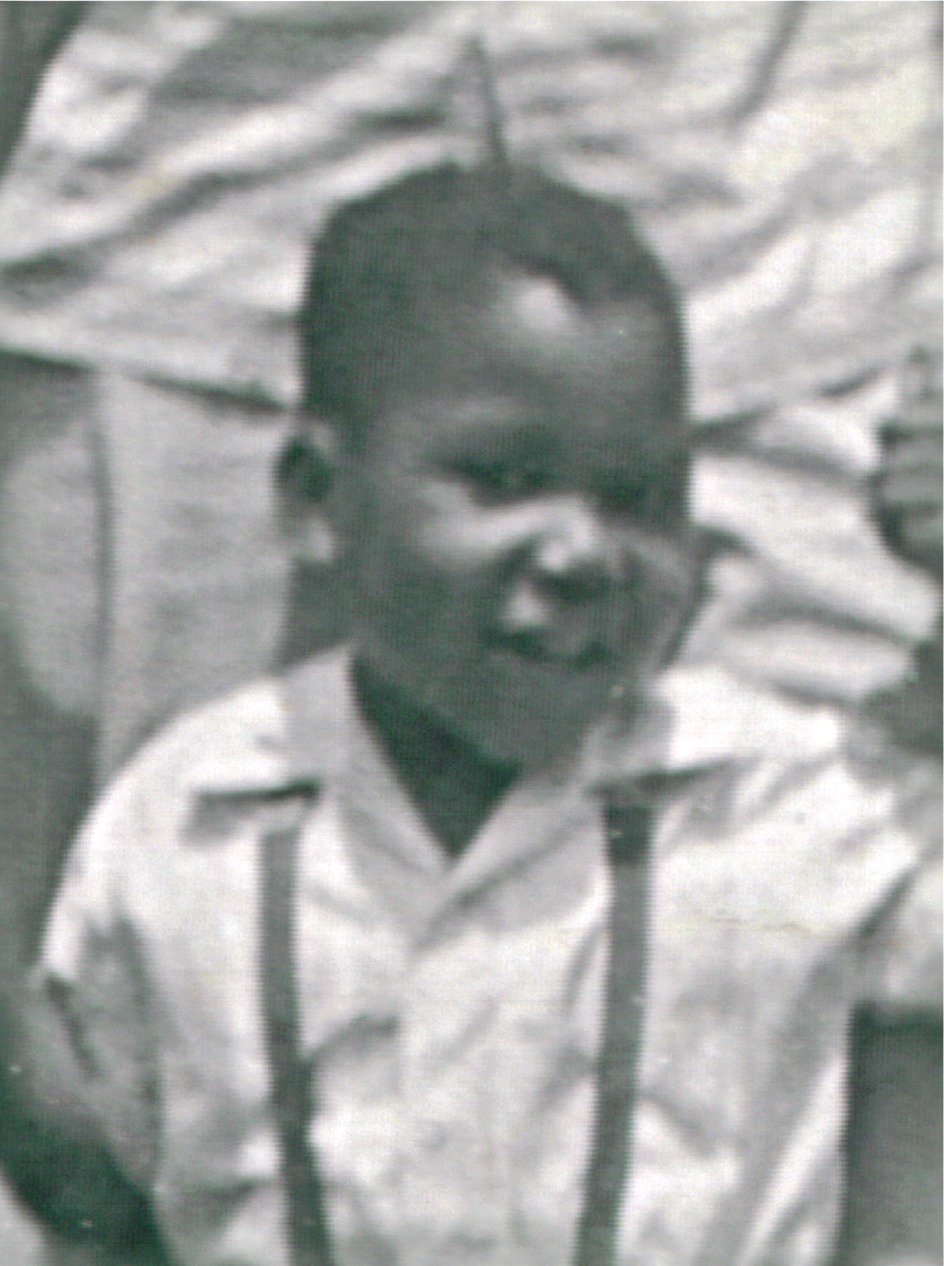 Steve
After repeated sexual abuses during his preteen years and eventually being lured into a long-term sexual relationship with a man old enough to be his grandfather, Steven was deceived into believing that male affirmation only came in the form of sex. While living in and out of the homosexual lifestyle in early adulthood, Jesus began to speak to him about his choices and his true identity. Although Steven continued to banter back and forth for many years following his encounter with Jesus, he never forgot that Jesus had something better in store for him. Several years later, with reckless abandon, Steven made the decision to pursue Jesus despite what his feelings and experience told him. In time, Jesus allowed Steven to experience lasting change. He later married and was blessed with a son.

Cyndee
Appearances can be deceiving! Cyndee lived that most of her life. As a child she learned that her world was not safe. Those who were to love and protect her didn’t. Cyndee even got in trouble for coloring outside the lines. Through First Stone Ministries she’s discovering a safe place for her heart in her Father’s love and the love of others. Cyndee is experiencing freedom as she slowly begins to trust Him, receive His loving protection and not fear His punishment when she does color outside the lines! 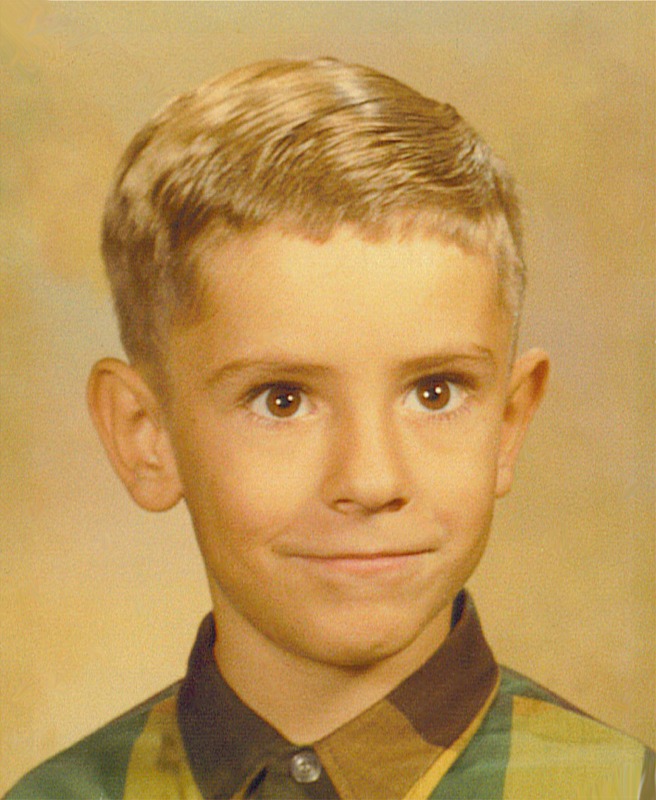 Stephen
Little Stephen at age 6, left in the care of a friend of the family to babysit him. Stephen completely trusting, sitting in the lap of his sitter, was opened up to the world of sex distortion as his sitter told him what a precious little boy he was all the while molesting him face to face. Stephen was left shocked, full of shame and full of distortion in his sex identity. Again, one hot summer at age 10, the next door neighbor’s friend from out of town follows Stephen into the garage while attempting to put away a croquet set, molesting again severely. The man told Stephen he wanted IT. Sexually abused, he was left with intense feelings. Growing up Stephen believed it was his fault. At age 14, Stephen embraced a gay identity. It wasn’t until after surrendering to Jesus Christ in 1983, leaving the sexual addictions and homosexuality, and then 8 years later processing the pain of childhood sexual abuse was there real healing from the shame and self-hatred. 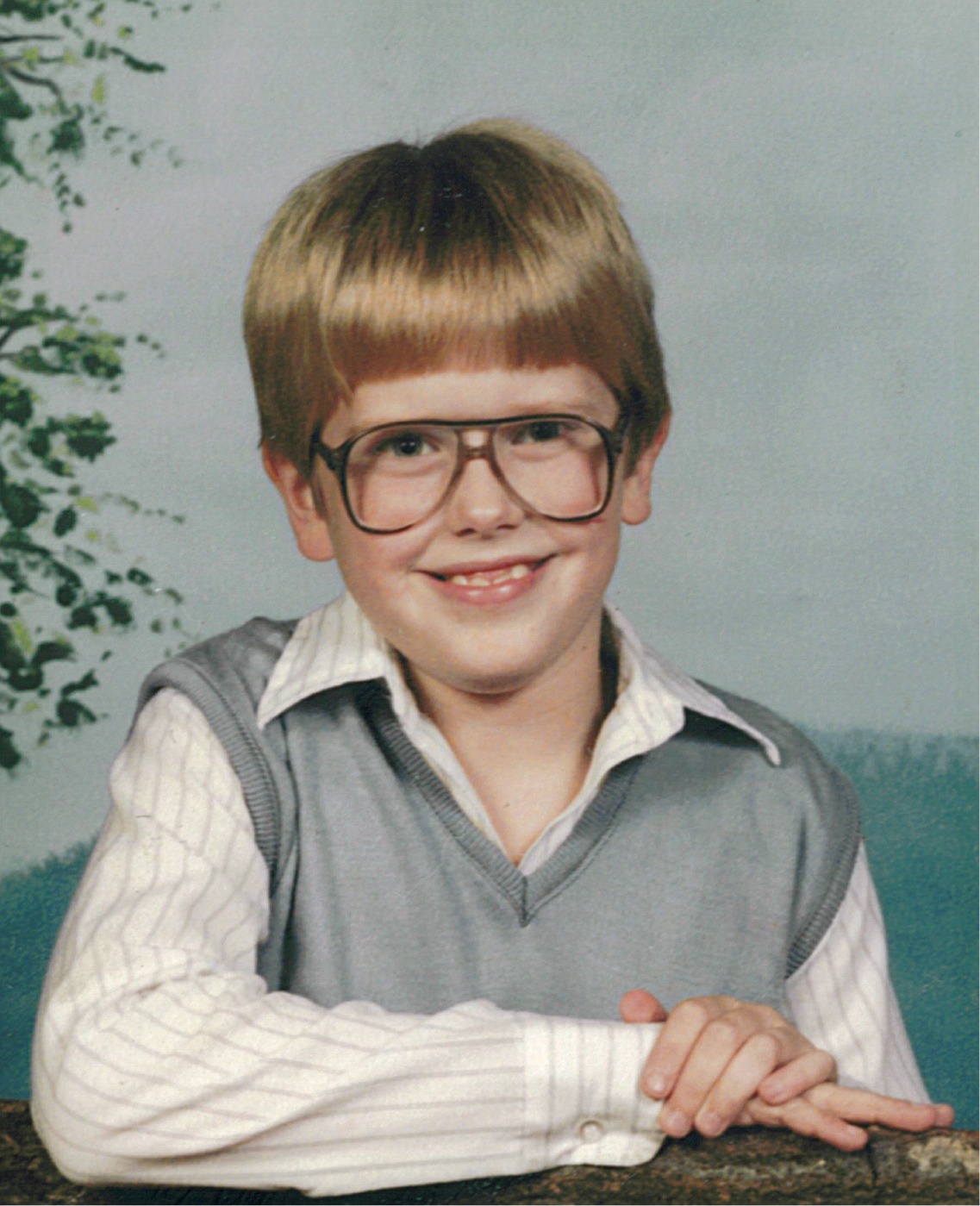 Chris
Growing up he found himself “hanging with the girls”, Chris never felt much like a boy because no man had ever shown him how to be a boy. Until a minister in his church decided to show him attention by molesting him, this continued all through his adolescence. Chris grew up thinking that men would only give him attention sexually until Jesus began to ask for that secret part of his life. Little by little, Jesus healed the areas of hurt from the abuse, and put him in healthy relationships with men who nurtured him as a man. Praise God, Chris now leads a redeemed life! 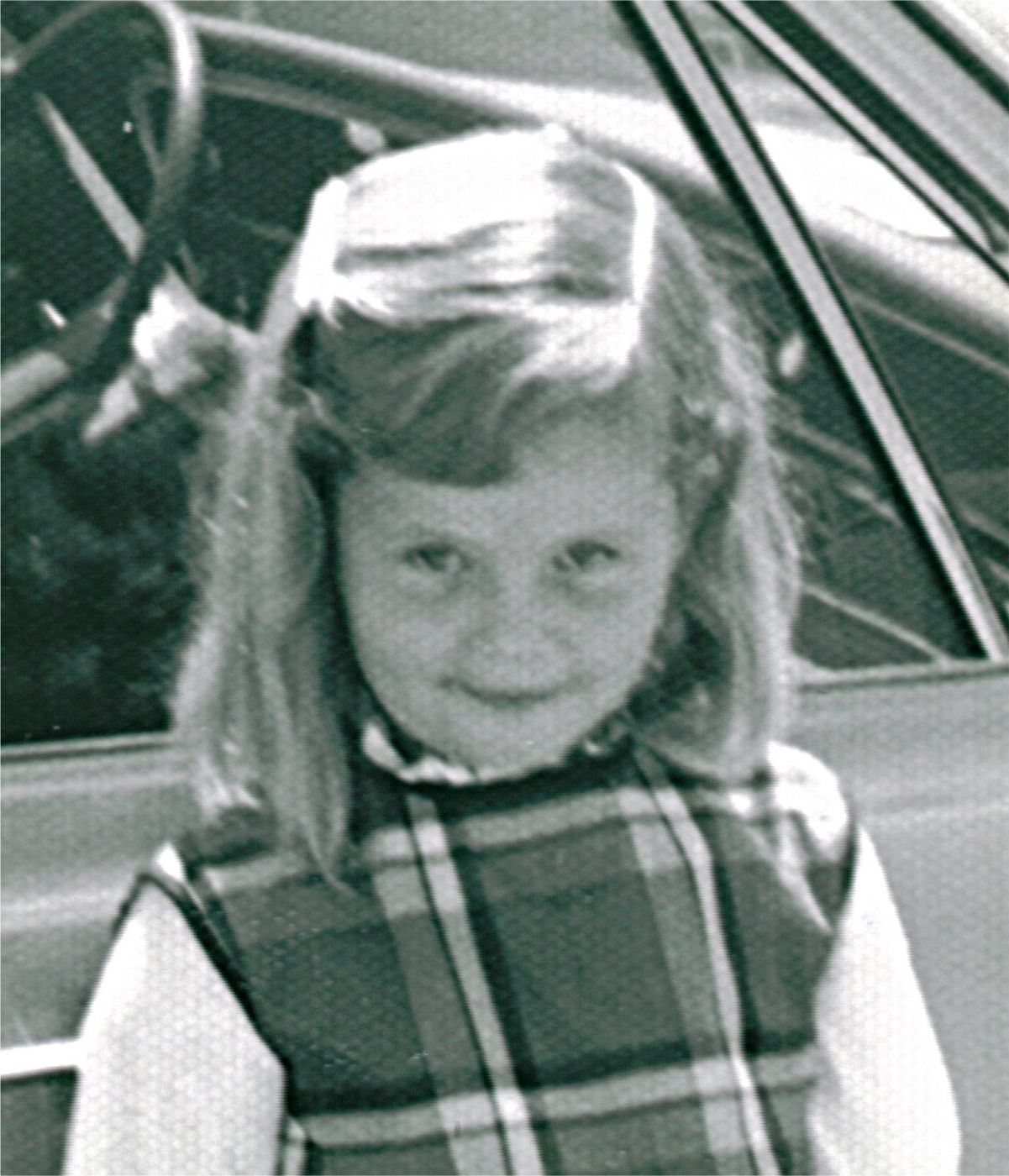 Kim
Kim Hunt laughingly remembers thinking that she was “scratched a little, but not broken,” when she originally visited First Stone Ministries. It wasn’t until several years later, broken-hearted by grief, that she realized her overwhelming need for Christ. The all-encompassing loving compassion of Christ ministered to her heart through that difficult time and drew her into a more intimate relationship with the Father. As He continued to pursue, Kim realized her long-standing habits of judging others as both better and worse than herself, of engaging in relationships that seemed to fulfill her desire to be important, and of worrying about doing all the ‘right’ Christian things, revealed a hidden archive of hurts and secret sin, and a distorted view of herself and the One who was pursuing her. Today, Kim is walking in a more balanced view of herself as wounded and healing, sinful and being perfected, and “seeing in a glass darkly” and truth being revealed. 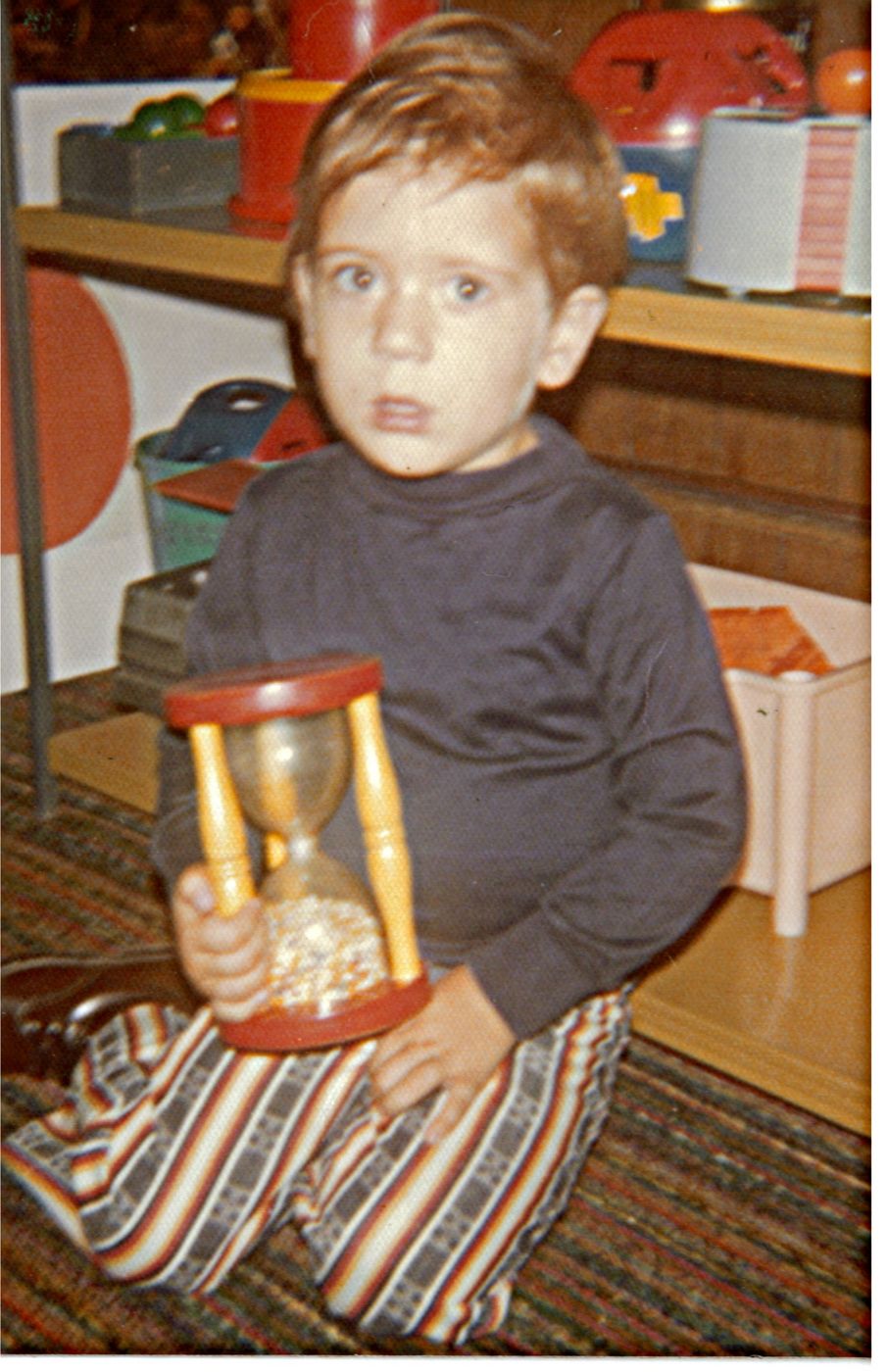 Erich
Fear and shame were my playmates, loneliness and confusion my companions—once. I was in my own world, left to those who are sexually abused as children. “What happened didn’t happen”, “what you know, you don’t know...”, so I was told. “Pretend everything’s alright, or else...” It was how I learned to keep secrets. Lost and wanting a way out, Jesus had mercy on me. Free of lies, it’s all just history. Thanks for this ministry. 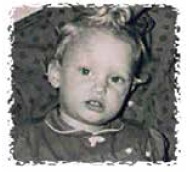 Linda
Being one month premature in 1959 and surviving was a miracle, yet the isolation that established itself in the first month of Linda’s life set her up for a non-relational life style. It also left her craving affection that left Linda vulnerable to be sexually molested from the age of 8 until 16.Linda said, “After struggling with various sexual addictions for my entire life, having First Stone Ministries available was a Godsend. It became a safe haven speak out - to tell of the woundings - and the pain - to release it safely into the hands others and press it into the Father Heart of God. Living Waters has been a program that has allowed me to become relational in a healthy way to others... and as a speaker said this year... ‘Grace is immediate - healing takes time.’ No truer words were spoke to me. Thank you First Stone - Thank you Living Waters.”

Joseph
As a youngster, Joseph played around his family’s farm exploring the creeks, hills and every nook and cranny he could find. The youngest of four siblings, God created a need for friendship by making those near Joseph to be difficult to reach by age and circumstance. There was no great abuse but rather an intense need for companionship. Joseph grew into a broken self-identity not knowing how to relate well to those around him.Early on, the Holy Spirit helped Joseph to find friendship in Jesus. Jesus has helped Joseph to grow in his capacity to love himself as Jesus made him; and Jesus has helped Joseph to speak up and communicate his needs, fears and joys with the Body of Christ. Joseph says, “They are my brothers and sisters and through messy spirituality we are growing up together.”

The Word of God Comes to Save Us

Concerning Our Transition from Exodus International to Restored Hope Network

Pastors Can Help More Than They Think

I Heard It, I Believed It, But it Was NOT the Truth!

The Gospel According To Jesus Christ and the "Gay Christian?"

Why Many Go Back: Giving Some Answers Why Defectors Embrace Homosexuality

Finding the Will of God

Humility: A Prerequisite to Grace

Directed by Difficulties, Transformed by Trouble

Ten Things That the Tormented In Hell Regret

He Sent His Word to Heal Us